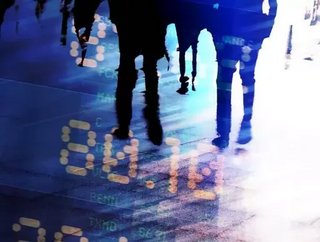 During Q1 2021, car trading platform Auto1 held a very successful IPO, with its share prices rising 45% at opening. Also, during this first quarter, Apple announced plans to create a chip lab in Munich, an investment expected to strengthen the city’s innovation ecosystem, and the German government quick-started its $10 billion future fund – a new fund to help startups scale.

“Here in Germany, valuations are going up for companies in key industries like SAAS, ecommerce and logistics,” says Dr Ashkan Kalantary, Partner, Deal Advisory Venture Services, KPMG in Germany. “The valuations are getting higher because these business models are gaining maturity very rapidly,”

According to Tim Dumichen, Partner, KPMG in Germany, “fintech is enormously strong here, so it’s attracting a lot of the really big funding rounds”, however other areas accelerated by the pandemic are also seeing a lot of interest, “like delivery and healthtech”.

But it wasn’t just Germany that did well in Q1 2021. For Europe generally, VC investment has continued to go from strength to strength with Q1 2021 marking the fifth straight quarter that the European venture ecosystem recording an increase in VC invested, testament to the growing maturity of the European startup ecosystem, says KPMG.

The Nordics continue to show strength

Corporate investment in the Nordics increased dramatically, reaching $2.4 billion in Q1 2021, compared to $3.3 billion during all of 2020. During the quarter, Denmark-based consumer review site Trustpilot also raised $655 million in its successful IPO on the LSE.

“VC Investment in the Nordic region is soaring,” says Jussi Paski, Head of Startup Services KPMG, Finland. “We have more money in the market than ever, and that money is flowing into companies that are performing well and growing fast.”

VC investment in the UK remained robust in Q1’21, driven in part by investors looking to deploy a significant amount of dry powder, reports KPMG. For the fifth quarter in a row, London saw its venture ecosystem experience rise in VC invested with seven of the top European rounds in terms of size in Q1 were for London-based companies.

“Here in the UK, B2B services is a fast-growing area of VC investment both for VC and CVC investors,” says Kevin Smith, Head of KPMG Private Enterprise in EMA, Global Co-Leader – Emerging Giants, KPMG UK. “We’re seeing more fintechs focusing on B2B services – offering everything from financial tools for SMEs to solutions focused on enhancing cash flow or managing accounting requirements. Given the number of local and global financial institutions looking to improve their legacy tech and infrastructure, I expect we will continue see significant investments in this space as we go through 2021.”

Interest in fintech continued to accelerate in Q1’21, along with valuations for fintechs. In addition to Klarna’s raise, three UK based fintechs raised large rounds, including LendInvest ($381 million), Checkout.com ($450 million), and Rapyd ($300 million). With its $15 billion valuation, Checkout.com became the most valuable fintech company in Europe in January 1 before Klarna’s raise put it at a $31 billion valuation2.

Interest in B2B was also high as corporates looked to leverage fintechs not only to digitize products and enhance their customer experience, but also to improve their general operations.

So what of the rest of 2021 for VC investment in Europe? According to KPMG, VC and CVC investment in Europe is expected to remain robust in the second quarter of 2021 with more megadeals and large acquisitions potentially on tap. Interest in IPO and SPAC mergers is also expected to grow. Fintech, B2B services, business productivity and cybersecurity will likely remain attractive to investors while ESG is expdted to continue to gain traction.