How will Payments look in 2015 after a year of Bitcoin and Apple Pay? 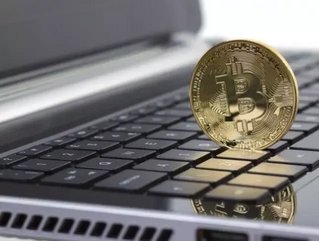 In the far future, when someone sits down and writes the definitive history of payments (riveting), 2014 is going to be a big year. Bitcoin reached historic highs but then went sideways. We had the introduction of Apple Pay, which was a major step forward for mobile wallets.

The sheer scale and variety of data breaches finally got the public focused on security problems that have plagued the industry for years. A lot happened!

Here at WePay, 2014 was a big year for us as well — we pivoted fully into our API business, introduced the industry’s first risk API, launched the first white label payments product with complete protection from fraud, and more than doubled our revenue. No big deal, right?

But as big as 2014 was, 2015 has the potential to be even bigger. 2015 will be when a lot of the seeds planted in the past year start to bear fruit. It will also be a period when a number of new things happen that could shake up the payments space, and tech as a whole. So here’s what you should be watching out for in 2015:

One of the major inhibitors to mobile payments is the installed base of older point-of-sale terminals which can’t support it, and that retailers have had no real incentive to update. But I believe this will change next year: starting in October, any retailer who processes an EMV-enabled card without using EMV will assume all liability if the payment turns out to be fraudulent.

Analysts expect U.S. businesses to get hit with about $10 billion in credit fraud in 2015, so if you’re a merchant, that’s a pretty big incentive to update your terminal for EMV! And since most modern EMV terminals also include support for things like NFC and Apple Pay, this industry-wide upgrade should also increase acceptance of mobile wallets. 2015 will be a good year to be a mobile wallet or point-of-sale terminal company.

E-commerce will cease to exist as a separate category.

I expect 2015 to be the year that the walls really start to come down between “brick-and-mortar commerce” and “e-commerce.”

The wall has already started to come down: is an Uber transaction an in-person transaction or an e-commerce transaction? How about OpenTable, where you can not only book your restaurant reservation but also pay for your meal through the app? As the lines blur this way, it will become clear that there’s not really a distinction between online and offline commerce.

Those platforms and retailers that merge the two into a perfect, seamless experience will be the ones that win, and we expect 2015 will be the year that these kinds of applications start to become the norm. “Omnichannel payments” are here to stay.

Obviously, I’m not entirely unbiased here, but I think that next year will be a big one for fintech companies in the public markets. The reason? Over the past five years, a tremendous amount of money has been invested privately into high growth financial technology companies. According to Accenture, this investment has grown from $930 million in 2008 to almost $3 billion in 2013, and 27 percent of which was early stage capital. If market conditions continue to be favorable, more IPOs are inevitable as these private market investors seek exits.

The market conditions certainly seem to be favorable, at least for now. Already in December we’ve seen a very successful Fintech IPO in LendingClub, which raised over a billion dollars in its debut and has traded strongly since. The window is clearly open, so I wouldn’t be at all surprised if there are several more IPOs on the way in 2015.

By Bill Clerico, CEO of WePay