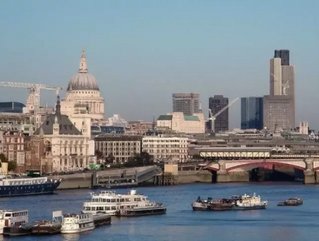 Up to $180 billion of Middle East wealth is set to be invested in commercial outside of the region over the next decade, according to consulting firm CBRE.

In its latest report titled ‘Middle East: In and Out’, highlights the enormous disparity between the amount of real estate to be found and the spending power housed in the region, with Europe the target of most of the $180 billion set to filter overseas.

Nick Maclean, Managing Director for CBRE Middle East, said: ““Since the global financial crisis, Sovereign Wealth Funds (SWFs) from the Middle East have become one of the most significant sources of capital in the global real estate landscape.

“The demand from these institutions has evolved during the last few years into a sophisticated source of liquidity for many of the mature real estate markets around the world.”

SWFs are pools of money derived from a country's reserves which are set aside for investment purposes that will benefit the country's economy and citizens.

Around $145 billion is expected to reach Europe with $85 set for the UK alone thanks to its lucrative private property market. France, Germany Italy and Spain are among the other key target markets.

Back in the Middle East CBRE also pointed towards Dubai as a key destination for inbound investment in real estate.

Another important site which could help keep investment inside the region in the coming years is King Abdullah Economic City in Saudi Arabia, which has been operational since 2010 and set to be completed by 2020 in an attempt to diversify the Saudi economy.