REPORT: Middle East Salaries among the Fastest Growing in the World 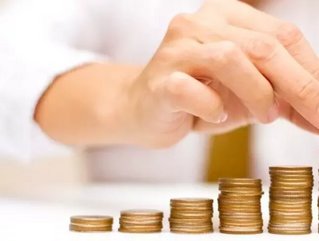 Salaries in the Middle East will be among the highest-growing in the world for 2015 according to a study by global management consultancy Hay Group.

Despite broader economic and political turmoil, salaries in the Middle East and Africa are forecast to rise by 5.6 percent and 6.9 percent respectively, a real growth in income of 2.9 percent and 2.0 percent as inflation is predicted to remain relatively low.

Salaries across the globe are set to rise by 5.4 percent on average for 2015 – compared to 5.2 percent last year.

A strengthening construction scene, bolstered by many mega-projects in the region on infrastructure, as well as a renewed tourism focus is all contributing towards job and wealth creation in the Middle East, which has arguably emerged the strongest out of anywhere following the global financial crash of 2008.

The picture in emerging economies is not quite so bright, as real wage cuts will hit countries like Brazil, Russia and the Ukraine.

“However, a business is nothing without its people and, during periods of low growth, organisations must think creatively about how they motivate and reward their employees.”