Top Property Hotspots around the World for 2015 Real Estate Investors 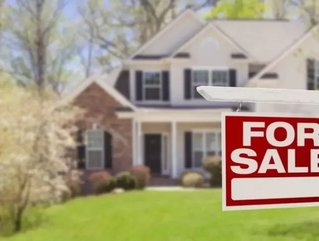 Foreign buyers, snapping up global real estate in different locations as they travel around the world, have been setting the trend in high end property.

Most of the time there is a 'seasonal' dimension to these investments. Winter in St Tropez, for example, skiing in St Moritz at Christmas, sit out the spring in London, Paris in summer, New York in the fall. Buying behaviour which has helped generate global hotspots.

READ MORE: [Infographic] Top 10 Most Expensive Houses in the World

In the last few years British, French and American real estate have proved the most stable and attractive markets for investors seeking safe assets. A mixture of low interest rates, good infrastructure, transport networks and relatively consistent politico-economic systems have enticed real estate investors. But, in an increasingly uncertain world new markets are constantly being sought.

In Spain, for example, the Spanish government have been actively courting overseas real estate buyers. Lucas Fox, a specialist real estate agency, report an increase in sales of luxury property in Barcelona. According to the company's Market Overview and Forecast For 2015, 38.9 per cent of real estate purchases in Barcelona in 2014 were for “investment use”.

Hong Kong is another hotspot attracting interest from overseas buyers.

With over 1200 skyscrapers and 36 of the world's highest 100 buildings it is aptly named 'Vertical City'. Tight constraints on space to build – Hong Kong has an area of 426sq m compared with London's 607 sq m – and growing demand, has forced the city and its property prices upward. Hong Kong Island boasting top international schools, exclusive clubs and flourishing business districts has become one of these developing hotspots.

The smart money in London, of course, is now being placed on Zone 3, with Savills predicting a 5.7 per cent climb in prices year on year for the next four. Within this build, Bellway's WestSide developments in Brentford is attracting some interest.

Good to report that things have picked up from the economic crisis of 2008 when many Big Apple apartments went to rent, and several big projects stalled or were cancelled.

Global real estate, of course, is fluid, and traditional markets now live with increasing competition from new and developing hotspots. In an increasingly uncertain world new markets are constantly being sought. Emerging markets such as Singapore, China and Brazil, as well as recovering cities like Barcelona and New York, offer intriguing markets for an increasingly nomadic tribe of real estate investors.