UAE continues to be important source of remittance for the Philippines 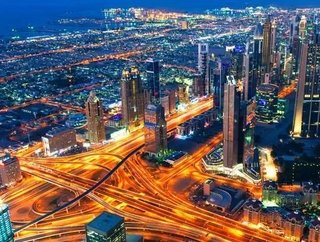 The UAE has continued to be one of the largest sources of cash payments to the Philippines and in 2016 the amount of funds transferred went up by 6.8 percent.

The UAE is a major destination for workers from across the Philippines, as of 2014 there were 500,000 Filipino’s working in the UAE. In 2016 the workers send home a total of $1.9 billion, which makes the UAE the second top source for money transfers from the Gulf Cooperation Council.

The Philippines’ central bank said the UAE was one of the biggest contributors for money transfers worldwide, along with the United States, Saudi Arabia, Singapore, United Kingdom and Japan.

The bank commented: “Combined remittances from these countries accounted for more than 80 per cent of the total cash remittances in the first 11 months of 2016.”

It also reported that despite weak economic growth and low oil prices, money transfers from GCC countries are still growing. The Philippines witnessed an increase in money transfers in November alone, when cash transfers from around the world reached $2.4 billion, an 18.4 percent increase from a year earlier.

The World Bank has said: “Besides weak economic growth in remittance-source countries, cyclical low oil prices have dampened the growth of remittance flows [from GCC countries]” the World Bank said.

“More worrisome are structural factors, such as de-risking by commercial banks, the labour market nationalisation policies in some GCC countries that discourage demand for migrant workers and exchange controls in many countries faced with adverse balance of payments and falling international reserves.”