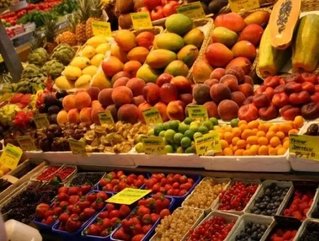 According to the 2014 UN Comtrade Report, over three billion dirhams in estimated imports of fresh produce were recorded during the first half of 2014.

At least 661 million kilograms of fruits and vegetables were imported to the Emirates during the same period, a huge amount for a country with little over nine million inhabitants.

With the Arab state, specifically Dubai, successfully establishing itself as the regional hub for the trade of fresh fruits and vegetables, experts forecast further growth for the industry.

The International Perishables Expo Middle East (WOP 2014) running from November 9 to 11, 2014, will take place at the Dubai World Trade Center to shed light on the flourishing industry not just in the UAE but the entire region as well.

Sibai continued: “The holding of the WOP in Dubai is very timely as it will provide an avenue where stakeholders, influencers and leaders can exchange ideas to help further boost the regional sector. Like in the past years, this year's event will provide a unique business-driven and practical environment to all participants as well as access to the region's fastest growing economy.

“Attendees from different parts of the globe will also have an opportunity to meet new and existing customers and find new markets for their expansion plans. We expect this year’s exhibition to be bigger and more fruitful.”

The event will take place in cooperation with Dubai Municipality and Dubai Central Fruit & Vegetable Market, the region's largest market for fruits and vegetables, and with attendance from leading local and regional companies.