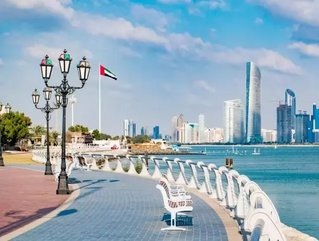 Non-oil trade in the UAE reached $440 billion (US) in 2016 despite a number of additional economic challenges mainly caused by the sharp drop in oil price at the end of the previous year.

The general trade volume (direct trade and free zones) not involving oil also rose to over $430 million last year, according to the Federal Customs Authority (FCA). The value of imports grew by 2 per cent during 2016 and exports went up by 5 per cent to over $53 billion.

FCA Chairman Ali Al Kaabi believes the UAE’s general non-oil trade volumes are a key barometer of the country’s economic well-being and should provide an indication of the global competitiveness of Emirati products.

He said: “UAE trade volume and the wide patch of trade partners emphasises the importance of UAE as regional trade gateway. Having an exports growth with a rate greater than the imports growth rate, reflects the gradual improvement in trade balance of UAE with the wider world.”

The Gulf Cooperation Council countries’ share in the total trade increased to 11 per cent of the total trade volume of $45 billion in 2016, according to FCA estimates, with Saudi Arabia ranking first among GCC countries ahead of Oman and Kuwait respectively.