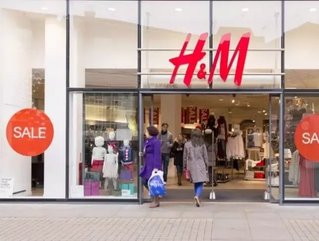 Americans are growing increasingly fond of fashion retail brands that originate in Europe, with many becoming household names on high streets and online.

With the high street side of a great number of retailers suffering as e-commerce and m-commerce continue to drive custom away from the physical shop, perhaps other markets can help to boost in-store sales.

Here are five European retail brands in the fashion and beauty arena which are embedding (or have already embedded) themselves into American society and becoming established US businesses:

Named Europe’s best retail brand, H&M was founded by Erling Persson in Vasteras, Sweden in 1947, then known as 'Hennes' (which means 'for her') as a women's clothing retailer.

Its first US store was opened in 2000, and since then hundreds more have filled high streets across the country. As a whole the company generates around €16 billion a year.

Owned by fashion giant Inditex, Zara has been in the US since 1989. Amancio Ortega and Rosalía Mera opened the first Zara shop in La Coruna, Galicia, Spain in 1975.  Originally, they wanted to name the store 'Zorba', after the movie Zorba The Greek, but there was already a bar in town with the same name.

Inditex reported 230 net new openings over the nine-month period to December, bringing Inditex’s total stores to 6,570 in 88 countries, with online available in 27 markets across Europe, the Americas and Asia having recently added South Korea and Mexico.

Owned by luxury brand behemoth LVMH, Sephora has more than 300 standalone stores in the USA and nearly 500 more inside J C Penny department stores.  Sephora USA takes a self-service approach to buying makeup, fragrances, and skin care products, and offers more than 200 brands of prestige products. Its first US store was opened in 1997, and total company revenues stand at around €2 billion.

Opening its first American store in 2006, Spanish retailer Mango recorded 2012 revenues of €1.7 billion, during which time the Catalonia-based company opened 197 shops and retail corners worldwide, 180 of which were outside Spain.

A further one hundred-plus stores were added in 2013, with the business now operating in more than 105 countries.

French Connection has been in America for thirty years. The North America operating profit was £0.9m for the first half of 2014 (2013: £1.1m) and whilst trading conditions remain tough, the trends are stabilising. The British company has a new USA CEO who is focused on driving an improvement in the performance of the Division.