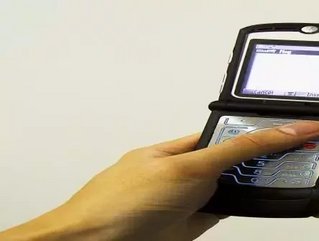 It is hardly a surprise that three out of the five African telecom companies listed in The Forbes Global 2000 – a list of the biggest, most powerful listed companies in the world - are mobile operators. This is, after all, the continent that took to the mobile phone like the proverbial duck to water. Indeed, the remaining two operators, both fixed-line monopolies, have made moves in the mobile direction posthaste: Telkom SA with the launch of 8ta and Telecom Egypt with its stake in Vodafone Egypt and an MVNO application.

1. MTN Group: Suited to the single-life
After a couple of years of furiously courting India’s Bharti Airtel and Reliance Communications, and then most recently Egypt’s Orascom Telecom, MTN’s outgoing CEO Phuthuma Nhleko has made it clear that it is the single-life for the South African-based mobile operator for now. Telecoms analysts have generally greeted the announcement as good news. And with voice revenues flattening, a 116 million-strong subscriber base and operations in 21 countries across Africa and the Middle East it is unlikely that MTN is going to be sitting at home at night, twiddling its thumbs. With its mobile wallet service, MTN Mobile Money, MTN is stealing the lead on banking the unbanked across Africa. A successful World Cup sponsorship under its belt, MTN was also responsible, thanks to its ad campaign, for one of the tournament’s most distinguishing vuvuzela refrains, followed by the shout of “Ayoba” – meaning all is well.

2. Orascom Telecom: To Russia, with love?
Since being listed at 986 in The Forbes Global 2000 list, Orascom Telecom’s parent company, Weather Investments SpA, has announced it is in merger talks with Russia’s VimpelCom, which if successful, would catapult the group to the fifth largest telecoms company in the world. At the time of writing, the deal was looking both shaky and overly complicated, with a maze of holding companies and stakes in other companies to be navigated.

The Cairo-based company’s operations include mobile, VSAT and fixed-line payphones with its reach extending across North Africa, Asia and North America. It started restructuring as part of the $6.5 billion VimpelCom deal in November 2010 with the announced sale of its 50% stake in its Tunisian subsidiary to Qatar Telecom for $1.2 billion.

At present, Orascom’s Algerian mobile operator Djezzy could prove a massive stumbling block to the deal, as it was with MTN earlier in the year. MTN talks stalled when the Algerian government proposed an offer for the mobile company and is currently appointing an advisor to oversee the nationalisation of Djezzy. It also doesn’t help that Djezzy was caught up in a diplomatic spat between Egypt and Algeria after violence at a World Cup qualifier between the two countries in 2009.

3. Telecom Egypt: On the move
Having dipped a toe into the mobile business with a 45% stake in Vodafone Egypt and realising it liked what it found, Telecom Egypt put on a brave face when Vodafone Group Plc rejected an offer for the remaining 55% of the mobile operator. It made noises about applying for the fourth mobile licence if the government were to make one available, but has subsequently applied for mobile virtual network operator (MVNO), which it expects to be granted in early 2011.

Meanwhile, the state-owned incumbent fixed line operator in Egypt offers retail and wholesale voice and data services. At the start of 2010, it achieved full ownership of TE Data, its broadband subsidiary operating in Egypt and Jordan. The company launched fibre to the home services in Cairo in August 2009, making it one of the most advanced operators on the continent.

4. Telkom SA: Headless horseman?
The semi-privatised South African incumbent has just seen its fourth CEO take the helm in five years. Acting CEO Jeffrey Hedberg will no doubt only be expected to hold a steady course until a permanent replacement for Reuben September can be found. Their job will be to mop up some of the mess after a series of bad acquisitions and a failed foray into TV undid some of the growth Telkom had achieved since the privatisation of 61% of the company. In addition, there are reports of a discordant board, and Telkom has seen voice revenues badly hit by mobile and VoIP alternatives.

There is a silver lining though with the successful launch of 8ta - pronounced “heita” - which is township slang for “hello”, and the brand used by Telkom Mobile. 8ta is set to shake up the burgeoning South African mobile market with dramatically reduced pricing and simplified talk plans.

Indeed, with local loop unbundling still delayed in the country, Telkom retains its grasp on the crucial last mile to the home.

Mobinil: The French connection
Egypt’s first mobile operator is set to launch the first high-definition voice services for mobile phones in Africa and the Middle East, in partnership with Orange, also owned by one of its shareholders, France Telecom. It also recently concluded a deal to buy LinkDotNet and Link Egypt from parent Orascom Telecom, once a custody battle between Orascom and other major shareholder, France Telecom had been settled. Incidentally, Mobinil is not part of Orascom’s deal with VimpelCom.