FEATURE: The Winners and Losers of Black Friday 2014 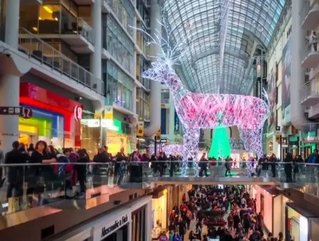 As the ringing of the tills dies down, the normal Christmas shopping spree has begun in earnest.

With consumer attention’s turned, Black Friday’s impact will not been forgotten however. What used to be a normal day in the calendar is now firmly a manic affair with British Shoppers alone expected to have parted with 200 million pounds more than an average day, according to Mintel.

With the media seemingly loving the panic and chaos surrounding it, and a desire for shoppers to find a quick bargain at all costs, are retailers really learning about the day’s long-term impact and its effect on brand reputation and loyalty?

A global phenomenon led by digital

With its routes steeped in US tradition Black Friday is now much more than just a US affair.

READ MORE: What is Black Friday and Where does it Come From?

Looking at Google search statistics, many might seem surprised to realise that the second country most gripped by the day was Romania, where it has received borderline cult status; while places as far as Bahamas has also become transfixed by the excitement. Even in France, where discounting is highly regulated, major supermarket Casino slashed prices in what some call “Le Black Friday”.

This global “consumer consciousness” would simply not be possible without the exponential growth in digital. Retailers have a perfect vehicle to reach consumers through apps and websites, while social media whips up interest. Let’s not forget that Amazon (particularly in the UK) was responsible for driving its growth and introduction in 2010, with M&S and Sainsbury’s joining for the first time this year.

Looking at this in more depth, it is clear to see why the event continues to grow. For both of these points, increasing technological sophistication is enabling a closer relationship with customers; retailers are more aware of the value of developing an online experience and are allocating budgets accordingly, while advertising techniques to reach them (especially programmatic) are increasing the opportunity to engage them in the right place, at the right time, with the right offer.

This year clearly demonstrated the benefits of social media and its role as a marketing medium and it’s no surprise. Twitter is an emotional marketplace for trending thoughts and there is no better way of evoking a frenzy than a great bargain. In fact, social media interest more than doubled in 2014 compared to 2013, with 2,013,943 conversations recorded compared to 996,306.

For retailers looking to capitalise, recognising that controlling conversations online is challenging, is essential – it is more about stoking the flames than controlling the fire. An analysis from 2013 showed that 43 percent of the conversations were positive compared to 35 percent negative. Evaluating some of the recorded successes of Black Friday in 2014; Amazon, Etsy, Motorola and EA are all reported to have done well using this. Motorola drove interest in its $140 money off promotion of the Motorola X 2014 edition by driving retweets to receive the money-off deal.

A case of tactical bandwagon climbing

For retailers partaking, it was very much a case of tactical bandwagon climbing. Retailers need to assess the stock that they were prepared to shift or needed to shift and evaluate the effects on the brand value as a result. Taking the Motorola example, was such a large discount for a key smartphone a clear benefit to the brand? We have already seen that the PR gained will not necessarily be positive, so it may simply come down to the point of driving a spike in sales.

Clearly, for those that jumped on the bandwagon, the ones that were particularly successful were able to really assess the way in which they were being represented to consumers holistically. Understanding how to synchronise both online and offline touch points was essential, as well as the ability to drive interest from online to in-store and vice versa. A key point of success was the ability to present offers in such a manner that they didn’t look too cheap, weren’t simply offers that we available all the time, while ensuring that the highest levels of customer service were retained.

For retailers integrating sales both on and offline, a number of cracks quickly became apparent. Spending millions of pounds of creating, tailoring and integrating digital and in-store environments, errors in personalisation resulting from email blasts along with inconsistent user experiences and websites crashing all provided potentially more damaging consequences than the spike in sales could counter. In the UK for example, the websites of Tesco, PC World, Argos and Boots all went down. GAME which also tried to be a front runner by launching promotions at midnight also went down.

In some senses retailers could be forgiven for the sheer chaos overloading the system but something that they had more time to prepare for was the user experience. Once over the hurdle of whether to present offers for Black Friday or Cyber Monday, a key decision was how to enable consumers to navigate the online environment.

With Next in the UK as a key example, many decided to layer a sales framework on top of their current websites. This could therefore handle deals reasonably easily, but at the same time, deliver a poor user experience. House of Fraser as a point of comparison made it very easy for shoppers by clearly highlighting 'shop live offers' call to action to remove any confusion. By integrating offers into the current site, users were able to use the filter and search as normal.

So what’s in-store for next year?

Black Friday is now firmly fixed in the calendar, so the first point is whether retailers should or shouldn’t get involved. This will come down to understanding sales cycles but more importantly, it also about understanding brand values – the day is so heavily linked with ‘bargains’ that associating with it will may be a significant detriment to a brand positioning not centred on price.

Once a retailer has decided to get involved, the key point is to fully evaluate the consumer touch points to ensure that the way in which they learn about deals is reputation enhancing. So many retailers simply focus on which products to discount without deciding on the best way to communicate them – this is a mind-set that is set to change as Black Friday 2015 sells out to digital sophistication.