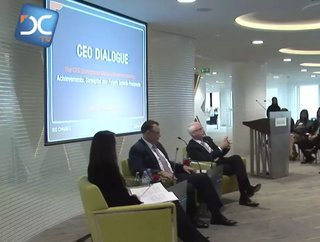 Dubai is placing Africa centre stage as it emphasises the growing ties between the region and the continent, promoting itself as a stable, secure gateway to trade and investment opportunities by hosting the Africa Global Business Forum 2013 (AGBF 2013).

“Africa is home to some of the world’s fastest-growing economies and offers the highest risk-adjusted returns on foreign direct investment among emerging economies,” said Director General, Dubai Chamber of Commerce & Industry, HE Hamad Buamim.

“The continent has a middle class estimated to be around 313 million which is driving significant consumer growth. At the same time, 70 percent of its population is under 35, helping to power further economic development,” he added.

At the two day event, held between 1 and 2 May, a multitude of global ministers, delegates and high-ranking business executives presented a variety of seminars and discussions such as Buamim himself; President and CEO of PTA Bank Adamssu Tadesse; Republic of Seychelles Vice President Hon. Danny Faure; UAE Minister of State HE Reem Ebrahim Al Hashimy; and Dubai Chamber of Commerce & Industry Chairman HE Abdulrahman Saif Al Ghurair.

In total more than 2,000 participants from across Africa, the GCC, Asia, Europe and beyond were expected to attend, all hoping to discuss the current challenges and business opportunities which exist in relation to the forum’s key pillars of trade, tourism, logistics, finance and agribusiness.

In reference to the key pillars, Buamim said: “Dubai’s position as an international re-export hub can be utilised for trade both to and from Africa, with trade being a major growth area for Dubai investors. Finance is an under resourced sector in Africa on the whole; opportunities exists for Dubai to export its expertise in Islamic finance.

“Logistics is a core economic driver in Dubai, with long distances and storage difficulties meaning that great opportunities exist for warehousing and distribution services across Africa. Dubai is a hub for tourist flows from all over the world; the city can be a hub for international passengers into and out of Africa, while simultaneously  our tourism sector is booming an can accommodate increases in the number of African tourists.”

In regards to agribusiness, the Director General added: “Agriculture remains the biggest employer in Africa and agribusiness has the potential to drive the continent’s development. The UAE imports 80 percent of its food requirements, spending AED25.5bn in 2010, with Dubai alone having more than 13,500 food establishments.”

To better support its key pillars, as well as promote networking and dynamic interaction, three interactive zones play an important role in achieving the AGBF’s objectives. The African National Tourism Boards of Burundi, Rwanda, Sierra Leone and Zanzibar are among those accentuating their industry in the Tourism Zone.

The Investment Zone showcases potential economic opportunities in Africa via representative Investment Promotion Agencies (IPAs), with the aim of promoting business growth, foreign investment and cross-border partnerships in countries such as Zimbabwe. And the Meeting Zone is on-hand to serve as an ideal private and comfortable location for delegates to connect and take their discussions further.

“Dubai is a gateway to global firms looking to do in business in Africa as the emirate’s close proximity and business-friendly climate is an ideal hub for the continent,” said Buamim. “Dubai offers international companies a safe haven to do business across the Middle East, African and South Asian regions. At the same time African entrepreneurs seeking expansion into European and American markets can use Dubai as a base.”

Held under the patronage of His Highness Sheikh Mohammed Bin Rashid Al Maktoum, Vice President and Prime Minister of the UAE and Ruler of Dubai, the forum is organised by Dubai Chamber of Commerce & Industry and COMESA (Common Market for Eastern and Southern Africa) Regional Investment Agency.

The origins of this year’s AGBF can be traced back to the 4th COMESA Investment Forum held in Dubai for the first time in 2011. COMESA is Africa’s largest economic community, comprising 19 member states from Libya to Zimbabwe, with the previous Investment Forums helping to create interactions between business leaders, policy-makers and experts from the six-member strong Gulf Co-operation Council (GCC) and the various COMESA states.

Though hailed as a success, Africa has far more business communities than COMESA, so the decision was made to broaden the scope of the original forum resulting in this latest undertaking.

At the time of publication, the event was due to be held in the stunning Madinat Jumeirah resort, a beautiful recreation of old Arabia meets contemporary luxury, a venue which perfectly encapsulates Dubai’s demonstration of ancient traditions combined with ultra-modern living.