Rwanda&#039;s growing in popularity with tourists 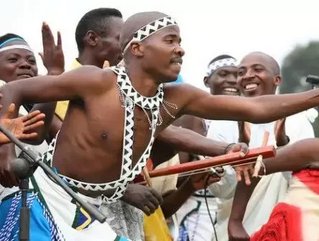 Rwanda’s tourism industry is buoyant with a significant rise in revenues, investment in new attractions and hotels reporting increases in business.

According to the Rwandan Development Board (RDB) establishing new visitor attractions has contributed to the growth.

Some US$323.8 million of investments were made in the sector during 2012, an increase of 175 percent compared to the previous year. These included new attractions such as the Nyungwe canopy walk and the Congo-Nile trail.

The RDB’s head of tourism and conservation, Rica Rwigamba, said: “The increase in revenue from tourism was also positively associated with the arrival of investors in the sector.

“Our focus has been on bringing more products in the market and how to package them so that it increases the activities a tourist can enjoy in the country.”

Hotels in Rwanda have seen a 30 percent increase in business.  Denis Karera, the chairman of the Association of Hotel and Restaurant Owners, said: “This growth made it possible to surpass the target that was set to have at least 6,500 rooms and today, we can comfortably accommodate up to 8,000 people in Kigali,"

Some of the world-wide renowned hotel chains such as Marriot, Hilton and Radisson Blu have also established themselves in Rwanda thus increasing the number of rooms available and more international airlines such as KLM, Turkish Airlines, Qatar Airways and South Africa Airlines are now flying into Kigali.

Furthermore, a drive by existing establishments to improve their products and service has also boded well for the sector.

Rwigamba said: “We are working hand in hand with the members of the chamber to improve customer service in the sector and solve the skills gap. They are playing a key role in ensuring growth of the sector.”