Sainsbury's vs John Lewis: Which is the Best Christmas Advert 2014? 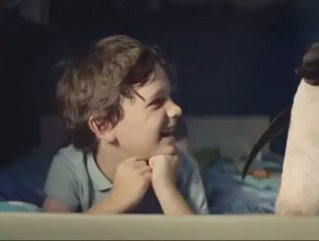 The battle lines have been drawn by Sainsbury’s and John Lewis in the fight to be crowned best Christmas Advert 2014.

It is the first time in several years that John Lewis has been challenged to capturing the festive sentiment of the UK, after successive triumphs with ‘The Long Wait’, ‘The Journey’ and the magnificent ‘The Bear and the Hare’ of last year. This year its hopes are pinned on Monty the Penguin.

Supermarket chain Sainsbury’s looks like giving the department store a run for its money, though has divided opinion over its Christmas advert based on the 1914 truce in no man’s land between British and German soldiers.

The World War One imagery, ending with the message ‘Christmas is a time for sharing’, has been praised by some as genius and slated by others as exploitative of the sentiment felt by many during the centenary year.

READ MORE: Is the Sainsbury’s Christmas Advert Exploiting the World War One Centenary?

It couldn’t be further from the fluffy story of Monty and Sam, a boy who believes he knows exactly what his best friend wants for Christmas – a female penguin to love and cherish.

Early YouTube indications show that John Lewis has the edge, with around 16.35 million views on its official channel compared to 10.46 million for Sainsbury’s.

In addition to the main advert, Sainsbury's also has “making of” and “story behind the ad" videos, gaining respective views of 90,000 and 163,500 just over 24 hours after launch.

The supermarket made its advert in partnership with the Royal British Legion, for which profits of its special edition chocolate, given to a German soldier in the advert, will go to directly (50p per bar) and support armed forces and their families.

Which advert will come out on top? Will John Lewis’s ‘Give someone a Christmas they’ve been dreaming of’ be toppled by the sentiment delivered in Sainsbury’s ‘Christmas is a time for Sharing’? Watch both adverts below and see what you think.