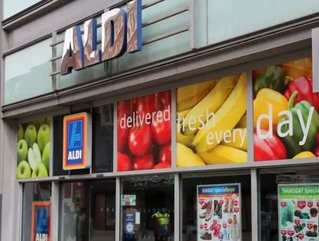 A survey published by the market research firm Kantar Worldpanel has placed the discount food chain Aldi ahead of its upmarket rival Waitrose, giving it a 5.3 percent share of the grocery market against 5.1 percent for Waitrose over the first quarter of this year, and placing it sixth. Tesco, the market leader, rallied a little after a downturn last year, showing a 0.3 percent rise to 28.4 percent.

The latest figures from Kantar once again emphasise the unstoppable growth of the discount retail chains Aldi and Lidl, said Dr Nathan Subramanian, Principal Teaching Fellow at Warwick Business School, however he believes the headline figures can be slightly misleading. “While Aldi has indeed been registering continuous growth, this growth is not really coming at the expense of Waitrose, but that of the other retailers, the traditional big four (Tesco, Asda, Sainsbury's, Morrisons), and The Cooperative.”

Waitrose in fact is one of the only three stores that have continued to grow in terms of sales as well as market-share, says Subramanian, the other two being Aldi and Lidl. “Clearly, consumers are preferring the stark choices of either high quality at higher prices, offered by Waitrose, or reasonable quality at low prices, offered by stores such Aldi and Lidl, while the stores in between are getting squeezed. It appears that Aldi has now reached a threshold point, from which their growth is only going to accelerate further, and the traditional big four stores are not going to find it easy facing this challenge.

“The big four are now in effect caught in a bind, because if they try and replicate the business model of stores such as Aldi and Lidl, they are at risk of alienating the bulk of their existing customers, particularly those who are looking for the wider range of products and brands they have traditionally been offered.

“On the other hand though, continuing their existing way of doing business (albeit with some temporary price cuts) is also not an option because that will only mean continued haemorrhaging and loss of market share.”