A table full of welcome 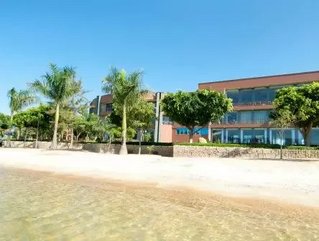 It was in a conversation with an Irish business developer recently that a phrase he uttered struck home.

“Ireland spent a decade in the sun. Now unlike Greece we’re taking our medicine and people are doing without so much, but our economy is done for until at least 2020,” were his bitter words.

Africa has been though decades of tough times, but considering the global recession that has hit developed nations in hindsight we’re fortunate that this continent’s economy has not been that closely tied to Europe and North America.

There is no “medicine” for us to take, and as we start a New Year I cannot help but be optimistic about the economic future of Africa.

The hospitality industry in Africa in particular is unequivocally a barometer of economic wellbeing.

There are many unique logistical challenges on this continent, so the fact that some 200 hotels are under construction in what are often difficult circumstances, is a fair indicator that there is growing demand for business accommodation.

And make no mistake; this continent’s hospitality industry is built squarely on a foundation of demand for business travel.

The Protea Hospitality Group, which is the largest hotel group on the continent with 125 hotels in eight African countries, is developing some 14 of those properties and every single one is in a node that is experiencing economic growth.

Development in West Africa is being driven mainly by oil and supporting industries.

An Ernst & Young report recently named Nigeria and Ghana as among 25 global rapid growth markets that display strong expansion potential and are (or could be) strategically important for business.

The Nigerian economy, which was in recent years predicted to overtake South Africa as the continent’s largest economy sometime around 2020, might conceivably do so by the end of 2014 because its economic growth rate is likely to be greater than seven percent in 2013. In contrast South Africa’s growth rate is likely to struggle to reach three percent largely because of its historically close economic ties to Europe.

It’s therefore a no-brainer that West Africa is attractive to hoteliers, including the Protea Hospitality Group, and we aim to increase our presence from 10 to 15 hotels within two years, and up 20 within five years.

A number of countries in East Africa are also showing significant growth, despite troubled regions like Somalia and Sudan. Uganda is one of those countries with a predicated growth rate of around five percent this year, and our hotel development there underpins our belief in its political stability and growing economy.

The continent as a whole is in an exciting (business and leisure) tourism growth phase. The World Travel Organisation predicts that in-bound tourism to Africa will increase by more than 50 percent from 2010 to 2020.

Add to that the growth predicted of Africa’s combined consumer spending of $860 billion and one can’t help but feel bullish.

The latter figure should be one that African hoteliers take to heart, though. Much of the current business is trans-continental, but we need to develop a keen operational focus on catering to the developing local market.

An Accenture report on African consumers shows that since 2000, consumer spending in Sub-Saharan Africa has grown at a steady four percent per year and the market is expected to be worth $1 trillion by 2020.

The report says that the most significant contributors to growth are changing, with less reliance on exports and more reliance on domestic demand, giving rise to an emerging middle class that will become more demanding as income levels and spending increase.

This emerging middle class will increasingly become our hotel guests and only those hospitality companies with strong brand identity, an intimate understanding of the regional conditions and solid local partnerships will thrive in this changing market.

While Africa’s 2013 will not be all rosy all the time in every country, unlike Europe we have an opportunity to grow significantly this year and every industry should put in a 100 percent effort to help realise our collective continental goals.

The Protea Hospitality Group comprises African Pride Hotels and Protea Hotels, and is the largest hotel group in Africa.