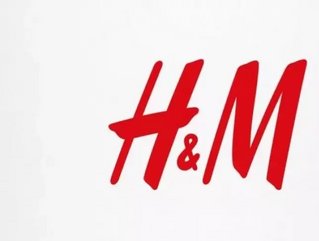 Europe is home to some of the most prominent retail brands seen worldwide.

From supermarkets to pharmacists and fashion, the continent has a wealth of well-respected brands which consumers rely on for many essential day-to-day purchases.

Here we take a look at ten of best.

Sephora are a chain of cosmetics stores founded by Dominique Mandonnaud in Paris in 1970, and still headquartered in the French capital.  The parent company of Sephora is LMVH, who also own Luis Vuitton and Moët Hennessy. Sephora made their first foray into the United States in 1998 when the company opened a store in New York.  With revenue of around €2 billion (£1.6 bn, $2.6bn) their CEO is Christopher de Lapuente.

German discount supermarket chain Aldi has over 9,000 stores in 18 countries and a turnover in excess of €50 billion (£39.4bn, $63.4bn).  Founded by brothers Karl and Theo Albrecht in 1946 it remains privately owned.  Aldi (short for Albrecht Diskont) is organised and operated as two distinct entities with Aldi Nord headquartered in Essen and Aldi Süd in Mulheim an der Ruhr. CEO's are Marc Heußinger and Norbert Podschlapp.  Aldi Nord's biggest market outside of Germany is France with 680 stores.

His son John Campbell Boot later headed the business after it was bought back from the Americans in 1933.  Boots have stores in the UK and the Republic of Ireland and employ 57,000 people.  Led by managing director Simon Roberts, the company is headquartered in Nottingham and has a market capitalisation of €321.5 million (£251.64m, $402.5m)

French retail group Auchan is headquartered in Croix (close to Lille).  Founded in 1961 when Gérard Mulliez opened a self-service shop in Roubaix the company now has over 630 hypermarkets and 2400 supermarkets globally.  The organisation has a presence in Italy, India, Spain, Portugal, Luxembourg, Poland, Hungary, Russia, China, Taiwan and Romania and employs 269,000 people. Auchan generated €26 billion ($20.3bn, €32.5bn) revenue in the first six months of 2014.

Founded in Leeds by Michael Marks, a Belarussian Jewish immigrant, and Thomas Spencer in 1884, M and S are now headquartered in London and employ 85,000 people.  Marks originally owned a penny bazaar on Kirkgate Market, Leeds, and invited Tom Spencer to come into business with him when he obtained a permanent spot in the city's covered market.  With revenue of £10.03 billion, Marc Bolland is the CEO.

Jack Cohen, the son of Polish immigrants, founded the company in 1919 when he started to sell groceries from a market stall at Well Street Market, Hackney, London. The Tesco brand was born in 1924 when Cohen bought a shipment of tea from Thomas Edward Stockwell (the 'Tes' of Tesco from Stockwell's initials, while Cohen took the first two letters of his name to form 'Tesco'.).

The company now has 6,784 stores (2014) in 12 countries and employs 594,784 (2013). Headquartered in Cheshunt, Hertfordshire, Dave Lewis is the CEO and is set to embark on a major effort to regain customer trust after a series of crises this year. This said, the company remains the UK's largest retailer.

French multinational retailer Carrefour is headquartered in Boulogne Billancourt, Paris.  It is the fourth largest retail organisation in the world, after Wal-Mart, Tesco and Costco.  Famous for its hypermarkets, it had over 1450 in 2011.  The CEO is Georges Plassat, the company generates around €80 billion (£62.5bn, $100bn) in revenue, employs 364,969 and has 10,102 locations in 39 nations..

Amancio Ortega and Rosalía Mera opened the first Zara shop in La Coruna, Galicia, Spain in 1975.  Originally, they wanted to name the store 'Zorba', after the movie Zorba The Greek, but there was already a bar in town with the same name.  So Ortega and Mera instead decided on Zara, now headquartered in Arteixo.  Inditex are the parent company and there are now over 2000 Zara stores in 88 nations.  France with 129 stores is the largest presence outside of Spain (450 shops).  Óscar Pérez Marcote is director general of the chain.  Zara were number 52 on Forbes' world's most valuable brands.

IKEA is the world's largest furniture retailer.  Founded by Ingvar Kamprad in Almhult, Sweden in 1943, the company is now headquartered in Lieden, Netherlands.  Originally a mail order business, the firm started selling furniture in 1948.  Peter Agnefjall is the Chairman and CEO of the self-assembly furniture giant which generates around €28.5 billion (£22.3bn, $35.6bn) per annum.  The company employs 139,000 people and Germany, with 44 stores is IKEA's biggest market.

H&M Hennes and Mauritz AB are a Swedish multi-national clothing company headquartered in Stockholm.  Producing clothing and accessories H&M are now the biggest retail company in Europe employing 116,000 workers.  Founded by Erling Persson in Vasteras, Sweden in 1947, then known as 'Hennes' (which means 'for her') as a women's clothing retailer.

In 1968, Persson acquired men's hunting clothes company Mauritz Widforss which led to H&M trading as a unisex brand.  The company generates revenue of around €16 billion (£12bn, $19bn) while the H&M CEO and president is Karl-Johan Persson. On Forbes' world's most valuable brands the company was listed at number 30.