UberEats has launched in Dubai 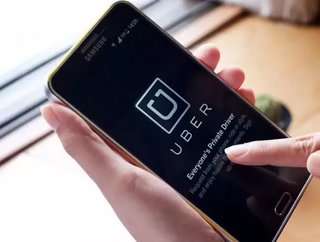 UberEats is one of the first expansion projects by Uber Technologies, a platform that connects drivers and riders and uses its existing network to deliver meals in minutes, claiming to deliver in 10 minutes or less. It was launched in August 2014 with UberFresh in Santa Monica. It was renamed UberEats in April 2015.

UberEats launched in Dubai on Thursday 29th September and is available seven days a week, and weekend operating hours have been extended from 11pm to 5am. For first time users, a discount code is applied to the order, and delivery is free a limited time after the launch.

Over 100 restaurants across the city are taking part. These include Gustronomy, a boutique catering service offering cocktail parties, weddings, baby showers, engagement parties and birthday parties, as well as corporate events such as business and corporate lunches. Taqado, a Mexican kitchen restaurant. BurgerFuel, a gourmet burger restaurant serving a wide range of burgers, fries, kumara fries, thick shakes and ice cream. Sushi Art, a specialist sushi restaurant, and Pinza, a unique healthy pizza restaurant focused on making specialist healthy dough, which will be making an exclusive Uber Pizza to celebrate the launch of the app. With an average of four new restaurants opening in Dubai every day, it seems the list of companies using UberEats will only get longer.

UberEats is separate to the Uber you use to call taxis; however, you can conveniently use the same log-in for both apps. The UberEats app is straightforward to use; it uses your location to determine which restaurants are available to you, and has the restaurant’s menu built in, allowing you to easily chose your food. There is also a tracker on your order, so you know exactly when it’s on its way.  There is also no minimum order, allowing you to order as little, or as much, as you’d like.

In charge expanding Uber and UberEats is Jean-Pierre Aramouni, a businessman with 10 years of experience across strategy, business development and operations with companies such as Uber and Amazon. He has worked in more than 15 countries and can speak French, Arabic and Spanish. At Uber he is charge of the expansion of the brand to new markets and business development initiatives in existing markets.