What is Black Friday and Where does it Come From? 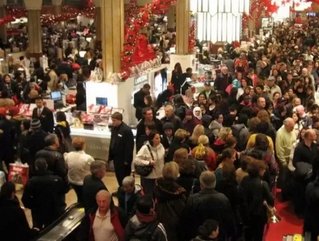 Retailers across the UK and other parts of Europe are full of discounts and promotions as Black Friday kicks into full swing online, on the high street and at out of town retail parks.

For many this marks the start of the Christmas rush for profits, a defining period which can determine the success or failure of thousands of businesses.

Amazon brought Black Friday to the UK back in 2010, but this year more and more retailers are jumping on the American tradition which is directly tied to Thanksgiving. The Friday following Thanksgiving is known as Black Friday because consumer spending hikes and represents the point where US retailers start to operate in profit for the year – going into the black.

READ MORE: Is Your Business Ready for Black Friday and Cyber Monday?

Big supermarkets and department stores are competing with the likes of e-commerce giant Amazon, with John Lewis, Sainsbury’s, Asda, Marks & Spencer and Tesco among the household names putting on widespread discounts.

Police have already been called into shops across the country as shoppers fight to secure the best deals.

In the lead this year up to these two days, retail sales remained resilient with the pace of growth expected to accelerate once again in the crucial Christmas run up, according to the CBI’s latest quarterly Distributive Trades Survey.

Last year the high street was pummelled by atrocious weather, not helped by the ever-advancing online sector which is now bolstered by more flexible deliveries and discount deals than ever before. Parking charges are another gripe of many high-street turned sofa shoppers.

This year looks like offering more favourable conditions for healthy footfall, giving the high street a better chance of competing with the online space for Christmas custom. This, coupled with the fact that many still prefer to make high-end purchases for televisions and appliances in person rather than via a web description,  could translate into a better festive period for shops on the ground.

Sofa Sunday and Cyber Monday follow Black Friday, making this weekend one of the most meticulously planned of the entire year. The UK has truly embraced the American Christmas shopping tradition.