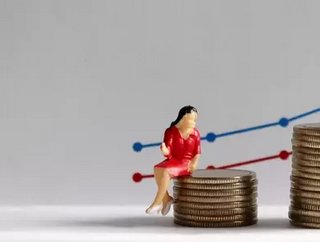 HR software company CIPHR study says eight out of 10 of the most popular jobs in the UK, employing 100,000 or more, pay men more than women

A study by HR software provider CIPHR shows that more than eight out of 10 of the most popular jobs in the UK pay men more than they do women. These jobs all employ more than 100,000 people, and the study was based on the latest official data from the Office for National Statistics (ONS).

The study highlights which occupations, industries and locations have the widest, and smallest, gender pay gaps.

According to the study, 65 of the top 78 jobs (83%) with the largest number of workers in the UK, pay men more on average. This accounts for 17.6 million people (9.4 million women and 8.2 million men), with the average gender pay gap ranging from -13.8% for executive assistants and personal assistants (women paid more) to 30.8% for financial managers and directors (men paid more).

This adds weight to a recent survey by CIPHR which found that most staff underestimate their employer’s gender pay gap, with 57% believing no wage gap exists where they work.

The three most popular jobs in the UK for 2021 employ more than 2.2 million people, and interestingly employ more women than men but also all have gender pay gaps. Those are sales and retail assistants, care workers and home carers, and administrative / clerical assistants. The average gender pay gaps for these are 5%, 1.7%, and 10.5% respectively, despite women comprising 64%, 83%, and 76% of those workforces.

In the UK, women make up the majority (64% or higher) of the workforce in seven of the top ten jobs with the most employees. All but one have gender pay gaps in favour of men.

The ten most popular jobs in 2021, sorted by the widest gender pay gaps, are:

Of course, there are some jobs that pay women more than men, and they provide some significant pay gaps. The widest gaps are found with midwives (-54.9%), barristers and judges (-34.2%), veterinary nurses (-33.1%), mechanical engineers (-26.7%), and special needs education teaching professionals (-25.5%).

“CIPHR’s gender pay gap survey in September revealed some surprising insights into how people perceive gender pay disparities in the UK – particularly in relation to their own workplace,” says David Richter, director of marketing at CIPHR. “While nearly all British workers agree that the country has a gender pay gap – over half don’t believe one exists where they work. So, we decided to investigate how likely this really is – do most people work in occupations and industries with no gender pay gap?

“Disappointingly, most of the job roles highlighted in CIPHR’s study still have a pay gap that favours men. Even after years of reforms and inclusive policies and initiatives, there’s still a long way to go to close the gap.”