Could the four-day week be coming to a country near you? 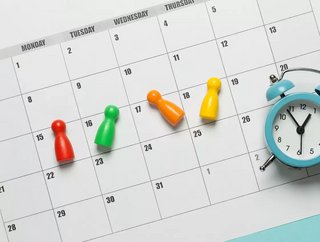 As the Spanish government announces a trial of the four-day working week, and firms get more flexible, we ask, could the 4-day week be coming to Europe?

Spain could become one of the world’s first countries to introduce a four-day working week, following the Spanish government’s sign-off in March on a three-year €50m pilot project for interested businesses. The proposal would see the participating companies’ costs covered 100% in the first year, 50% in the second and 33% in the third.

It's a workplace policy that’s been thrown on the parliamentary table of other governments worldwide since the onset of the pandemic, which has seen the biggest remote working experiment ever.

New Zealand’s prime minister Jacinda Ardern floated the idea of four-day working week In April in a live Facebook video, while Japan’s Liberal Democratic Party put forward a proposal to allow workers to opt for shorter workweeks giving them time to upskill and meet caring responsibilities. The Phillippines’ government too is considering capping the working week at 35 hours, while the Indian government is finalising rules that could give companies the flexibility to reduce days to four.

However, no country has yet signed it off and Spain is the first country in Europe and worldwide to actually put a plan in place, arguing that longer hours don’t necessarily equate with higher productivity.

The countries and companies in favour of the four-day week do believe that removing a day (eight hours) from the working week will actually lead to increased productivity, as well as improve the work/life balance and therefore health of employees, and this has been brought into ever sharper focus since the pandemic.

And this has been proven. Spanish company Software Delsol became the first firm in Spain to implement a four-day working week last year and as a result saw a reduction in absenteeism, an increase in productivity and happier workers, according to Hector Tejero of Spanish party Mas Pais.

It’s not the only company to see productive results. In Asia, Microsoft Japan has experimented with a four-day week resulting in better efficiency, happier workers and 40% greater efficiency; while in New Zealand, Unilever is currently undertaking a one-year experience with its 81 employees working just four days but on full salaries, a move the company believes will boost productivity and improve employees’ happiness, and if this is the case come December 2020 and the end of the trial, Unilever could be rolling it out to 150,000 employees globally.

“The old ways of working are outdated,” Unilever’s MD Nick Bangs said, adding that he looked forward to sharing the lessons from the trial with other Kiwi businesses “in the hopes of influencing others to reflect on their own ways of working”.

And the results are being seen among businesses in Europe who have introduced such measures.

In Berlin, tech company Awin experimented with letting everyone leave at lunchtime on Fridays during the pandemic. The experiment proved so successful with sales/employee engagement and client satisfaction up that in January 2021, Awin announced a permanent four-day week for the entire company with no cuts in salaries or benefits.

When it comes to the bigger businesses, however, there is a little more caution, though there have been concessions.

In March, PwC told its 22,000 staff that they could spend around half their working hours at home and end shifts early on Fridays during the summer; and in April, KPMG announced its 16,000 staff could leave two and a half hours early one day a week during summer; and most recently, banking giant HSBC announced plans for Zoom-free Friday afternoons