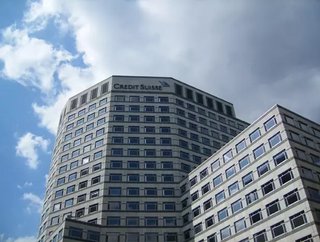 Financial services firm Credit Suisse hopes that new officers can help it recover from the recent Archegos scandal. (After it came out that its investment bankers allowed the hedge fund to take on potentially catastrophic risks, the bank was in need of new talent.) Now, according to Chairman António Horta-Osório, the firm is taking a series of decisive actions.

‘We’re committed to developing a culture of personal responsibility and accountability, where employees are, at heart, risk managers’, he said. Although none of the aforementioned risks were illegal, they still cast the competence of Credit Suisse into question. And to make a change, Credit Suisse is starting at the top.

Joining the team from Goldman Sachs, David Wildermuth has worked in risk management and financial services for thirty-four years. ‘David joins with an impressive track record’, said Thomas Gottstein, Group CEO. ‘This will underline our firm commitment to enhance our risk management’. And indeed, Wildermuth has held several senior positions in the US and UK, working for over a decade at the European American Bank and leading Goldman’s risk management operations across Europe, Africa, and the Middle East.

New Role. To help the Group realign its strategy and enhance its risk management.

Like Wildermuth, Joanne Hannaford will move from Goldman Sachs to Credit Suisse—but to head up its technology operations. In January, she’ll replace current COO James Walker and bring her 24 years of expertise at Goldman Sachs to lead tech change.

‘Her expertise in implementing digital strategies will be key as Credit Suisse further focuses on technology to deliver value to our clients’, said Gottstein. ‘Her appointment highlights our commitment to technology as a critical factor of success’. Added Horta-Osório: ‘Joanne will drive the IT and digital strategy of the bank’.

These are just two of many new appointments at Credit Suisse. What remains uncertain, however, is if the bank can retain its new talent. After all, multiple senior officials have dropped the company in recent months. But perhaps this is a new start. As for its risk management, the verdict’s still out. Check back in 2022 to evaluate Wildermuth’s success.