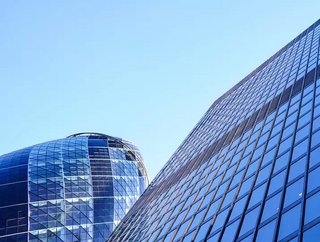 Looking at the latest LinkedIn list of the 20 fastest-growing job roles in the UK, it’s hard not to see how the past few years have directly shaped the jobs market.

From the dominance of tech-related roles, thanks largely to the acceleration of digital brought on by the pandemic, to the inclusion of several HR-related roles and ESG-focused roles, it’s easy to see how recent and ongoing events and concerns, including the pandemic, climate change and Brexit, have all had an impact.

The events of the pandemic and Brexit, and the challenges and changes wrought by them, from hybrid working to the war on talent to import struggles, has given rise to roles that can deal with these; while the rising concerns of climate change and workplace diversity have ushered in demand for people who can implement ESG strategy.

According to Janine Chamberlin, head of LinkedIn UK, a raft of new job opportunities are being created “as businesses continue to adapt to the pandemic and broader macroeconomic factors”.

In 2022, Brexit has led to new rules around customs, imports and exports, and as such the custom officer has become the fastest-growing job in the UK, according to LinkedIn data, while the role of import specialist is ranked third fastest-growing in the UK.

Working in UK ports and airports, customs officers help prevent the importation of illegal and dangerous goods, including firearms, drugs, alcohol, tobacco and endangered animals. The data found that when it came to gender distribution, custom roles were pretty evenly split.

Also, similarly distributed between genders is the role of import specialist (also called import manager, freight forwarder and import/export specialist), which works closely with national and international suppliers and agents, shipping goods to and from the UK by road, rail, air and sea.

The pandemic has had an even greater impact on job role rises with the effects of the pandemic, namely continued disruption to the workplace, the war on talent and acceleration of digital transformation across all organisations, changing the face of demand from the jobs market.

HR and talent-based roles have been in high demand throughout the pandemic and continue to be as human resource departments industry-wide adapt to more flexible ways of working and work at both attracting and retaining the best possible talent.

In at number five is the Chief Human Resources Officer, or similar titles, chief people officer, VP of human resources and director of operations, which are in particular demand in London, Manchester and Leeds. This executive role develops and executes the HR strategy and direction of an organisation, particularly in talent acquisition, and training and development.

Talent acquisition specialist is also on the list, in at number 14, with its focus on a long-term strategy to attract, source, hire and onboard new talent within an organisation.

Women were dominant hires in both these two HR roles accounting for more than 70% of chief HR officer and more than half of talent acquisition specialists.

The pandemic has also accelerated digital transformation and with it has come an uptick in demand for tech talent and digital skills. Among the top 20 fastest-growing roles are tech positions including machine learning engineers (#2), network planners (#3), computer vision engineers (#16), data engineers (#17) and back end developers (#18).

According to LinkedIn data, men accounted for 70% of hires in seven of the 20 fastest-growing roles, including these five tech-focused roles.

With Environmental, social and governance (ESG) issues of increasing concern to organisations, and business leaders looking to integrate ESG strategy, performance and reporting, job roles that help them achieve this are in increasing demand.

And LinkedIn’s top 10 fast-rising roles in the UK back this up, with sustainability manager the seventh fastest-rising role in the UK, and the role of diversity and inclusion manager in at number 13. While the former is especially in demand in London, Manchester and Bristol, the latter is a rising role in London, Edinburgh and Leeds.

So, what exactly do these roles do? Often reporting directly to the executive team due to the importance of this role today, the sustainability manager analyses and forecasts the environmental impact of an organisation and its activities, aiming to oversee and implement effective sustainability strategies.

Generally sitting within the HR department, diversity and inclusion managers lead teams of people supporting company initiatives related to increasing diversity, equity and belonging within an organisation. In fact, most people who fill these roles transition from recruitment or HR roles and commonly have leadership experience.

Like the HR roles, these two are more often filled by women with 71.3% of D&I managers female and just over half (53.3%) of sustainability managers female.