The importance of migrant labour to the UK’s economy 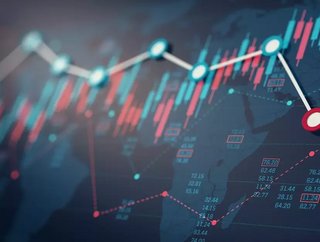 Daumantas Dvilinskas, CEO & Co-Founder of TransferGo discusses the  importance of migrant labour to the UK

Since the end of World War II, technology has transformed how we live and work, and has given us the impression that almost any challenge is surmountable. But history repeats itself and the pandemic has shown that we face similar obstacles today, as we did then, specifically around the need to rebuild the UK’s economy.

After World War II, Britain was a country short of workers. Much like the pandemic, the war reduced industries to a shadow of their former-selves with many businesses facing a severe shortage of talent and skilled workers. During this time, the UK welcomed migrants from around the world into construction, transport and the NHS, to provide much needed support and regeneration.

Fast forward to today, and it’s clear that as a society, we still grapple with the challenge of creating positive sentiment towards migrant labour. During the course of this year, the government has outlined plans to nurture talent and rebuild the economy, like the new ‘fast track’ visa scheme for fintech talent or the pledges to focus on lifelong learning and skills.

But as the CEO of a company founded by migrants, for migrants, I believe that we're missing a critical piece of the puzzle necessary to rebuild at scale: a fundamental understanding of why migrant labour can support the UK’s post-pandemic economy, and how the UK will ensure it continues to champion the community.

Our ‘key workers’ include migrants

Over the course of the pandemic, we have all become accustomed to thanking our ‘key workers’ - those demonstrating resilience and courage by keeping the UK moving during a time of uncertainty and fear - in various ways. We’ve clapped our NHS heroes from our door-step, supported Captain Tom Moore in his remarkable fundraising efforts and proudly displayed posters and signs in our windows as a show of appreciation. But importantly, amongst this gratitude, there’s been a shift in our understanding of who these key workers are.

In London, for instance, almost half of doctors and two-thirds of nurses are migrants, while across the UK, 15% of those working in supermarkets or other roles in food and necessary goods are non-British nationals. The pandemic has changed mainstream visibility and awareness of the vital role that migrants play in our everyday lives. So much so, that many industries have had the realisation that they simply cannot function without this talent.

This issue is particularly pressing in our manual labour and hospitality sectors, where migrants have been forced to return home due to a lack of work. According to UKHospitality, for instance, as many as 660,000 migrants have left the sector within the last year, while the UK construction industry has lost a quarter of its EU-born workforce. As a result, governmental targets, like those in housing quotas, are at risk of being missed.

Just as they did following World War II, these industries will play a pivotal role in the economic recovery process, with each contributing approximately 3% and 6% to total UK GDP respectively. It’s therefore imperative that they are given access to a pipeline of migrant labour in order to continue to grow and build back the economy.

Incentivising migrants to the UK

The UK has a mutually beneficial relationship with migrants. But let’s be clear, migrants do not uproot themselves, and sometimes their families, lightly, so the government needs to continue to find new ways to incentivise their settlement in the UK. European workers need to be given a solid foundation for choosing the UK over other leading global economies, like Germany, for instance.

As a starting point, the UK government should consider expanding its fast-track visa programme beyond the fintech and financial services community, to include roles within those core manual labour or hospitality industries. Moreover, as many of these jobs can often begin on low-pay and without direct employment in advance, the advance salary requirements of £25,600 per year can act as a deterrent to otherwise hard-working, skilled workers. Just like after World War II, the UK needs to build a welcoming environment, as opposed to one which sets up barriers to entry to discourage workers. To superpower the industries that have become the bedrock of the UK economy, and ensure they are fully functioning once more, we need to provide access to a diverse set of skills from around the world.

Furthermore, we need to get better at championing the wider contributions that migrants can make. Often, creating these favourable, inclusive environments can lead to entrepreneurship, innovation and bring even greater value to the economy. In fact, studies show that migrants are twice as likely to become entrepreneurs, and in 2017, 43% of companies in the Fortune 500 were founded/co-founded by either immigrants or their children.

Take TransferGo, for instance, we are but one example of the migrant success story, made possible through the sheer determination of our founders, alongside accommodating border policies and the willingness of investors. With our headquarters in London, we have grown from a four-person team to nearly 200 global employees, with over 25 different nationalities in our employment. From within the UK ecosystem, we have raised £38m over the last 10 years and are proud to be part of the UK’s blooming fintech scene.

If we are able to demonstrate to migrant workers the possibility and opportunity for them to build their own success story, within a welcoming UK environment, they will be incentivized to contribute to our post-pandemic recovery. Just like after World War II, our key industries are in need of support, and the government must recognise the positive impact that migrants can have. During the course of the last 18 months, migrants have shown they are essential in keeping the UK running, and with accommodating policies and regulatory environments, they can continue to support the economy - whether that’s through productive labour or new business innovation.