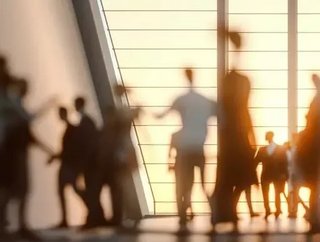 Digital transformation is at the heart of all of these latest hires across EMEA, located from South Africa and Abu Dhabi to the UK and Sweden, including the creation of and subsequent hire for two brand-new Chief Innovation Officer roles, one at AXA and one at Tesco, with the aim of innovating and strategizing in the wake of the pandemic.

Here are this week’s round-up of promotions and hires from across the EMEA region.

Having been with Volvo Cars since 2015, Bjorn Annwall has been appointed Chief Financial Officer of the company. He will continue to serve as a member of the executive management team. Previously head of the EMEA region, during which Volvo Cars significantly increased its market share in the region thanks to strong plug-in hybrid and pure electric sales, Annwall also led Volvo Cars commercial operations division and corporate strategy, and before that was at McKinsey where he worked closely with Volvo Cars for five years and implemented a global transformation programme following the acquisition of the company in 2010 by Zhejiang Geely Holding.

Described by Volvo’s Chief Executive Hakan Samuelsson as a “modern leader with broad experience of Volvo Cars and deep strategic understanding of our rapid transformation” Annwall is well-positioned to “support the continued growth and financial performance of our business”. 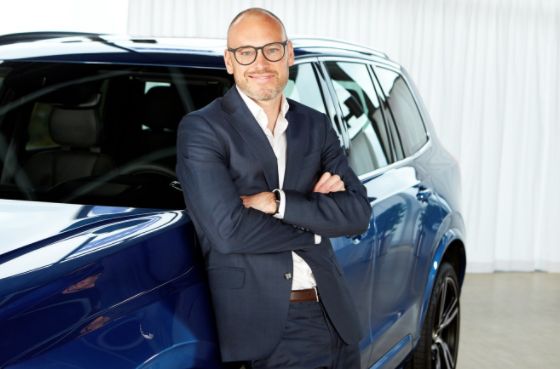 Currently CEO of AXA Belgium, Jef Van In has been promoted to the position of CEO of AXA Next and Group Chief Innovation Officer. Van In joined AXA Group in 2011 as CEO of AXA Bank Europe, before becoming CEO of AXA CEE Region in 2013 and then CEO of AXA Belgium in 2016. According to Antimo Perretta, CEO Europe, Van In’s drive, broad experience and “track record in the transformation of our operations in Belgium and his strong convictions around customer centricity and innovation will be instrumental in accelerating our transformation journey”. 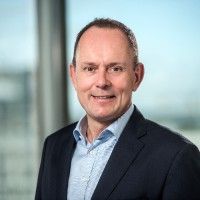 Having served a number of senior roles at Tesco over the last three decades, Tesco group COO Tony Hoggett has been promoted to Chief Strategy & Innovation Officer, a new position that’s been created to guide Tesco as it adapts to the huge changes brought about by the pandemic. Following three decades spent at Tesco across a number of markets as COO, CEO and more recently group COO, “Tony has invaluable experience and leadership skills to lead our strategy and innovation agenda through the next chapter of Tesco”, says CEO Ken Murphy says. 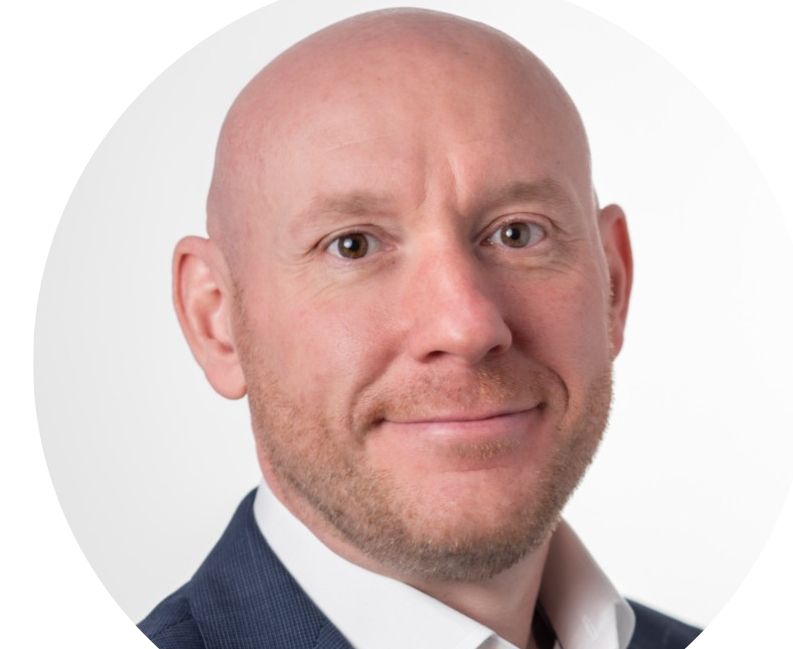 Maurice Newa has been appointed as Senior Director & Cluster Head, Southern Africa at Visa. Located in Zimbabwe, Newa will also be part of the sub-Saharan Africa leadership team. Joining Visa from transportation technology company Vaya Technologies as CEO, Newa brings more than 25 years of experience in regional and global roles in mobile telephony, mobile money and mobile insurance financial technology and digital technology solutions. Tasked with leading Visa’s business in Southern Africa, an important market to the payments giant, Newa will build on Visa’s continued efforts to help accelerate digitising commerce in Southern Africa. “The depth of experience that he brings will enable him to make immediate contributions to our strategy and growth,” says Aida Diarra, Visa Senior VP and head of sub-Saharan Africa.

Seasoned finance professional Mark Cutis has been appointed CEO of Abu Dhabi’s newly established ADGM Authority, set up by ADGM, the international Financial Centre in Abu Dhabi, and designed to play a pivotal role in driving ADGM’s growth by leveraging trends emerging across the international financial services sector and the developments associated with the post pandemic world. With more than four decades of financial and investment experience in global banking and investment management, Cutis previously served as Group CFO at ADNOC and prior to that he spent 10 years at the sovereign wealth fund, Abu Dhabi Investment Council.

Before arriving in the UAE in 2008, Cutis held senior positions in various global financial institutions including as MD at Merrill Lynch in London and Chief Investment Officer of Shinsei Bank in Tokyo. “Mark is a well-recognised executive who brings with him a unique vantage point in global financial servides with extensive knowledge of Abu Dhabi, the MENA landscape, as well as his professional experience having worked in London, New York, Toy Frankfurt and Moscow,” says H.E Ahmed Al Dayegh, Minister of State (UAE) and Chairman of ADGM. 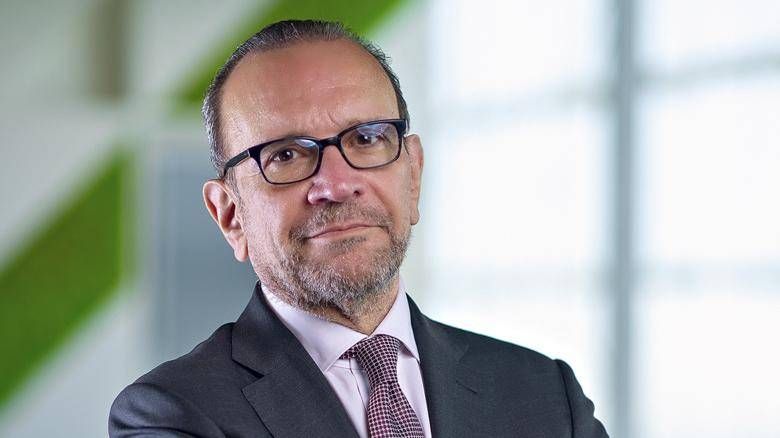 An expert in technology management and financial services, Tomisin Fashina has been appointed Group Executive, Operations & Technology for Ecobank Transnatioanl Incorporated, the parent company of Ecobank Group. With more than three decades of experience in technology and financials, Fashina is being brought into this brand-new role, located in Ghana, to help further drive digital transformation within the company. Fashina joins Ecobank from Steward Bank Harare Zimbabwe where he served as Chairman of the Board of Directors, with previous roles including CEO for Yookos, a social media copany, and a number of leadership positions at Barclays Bank and at Citigroup South Africa. 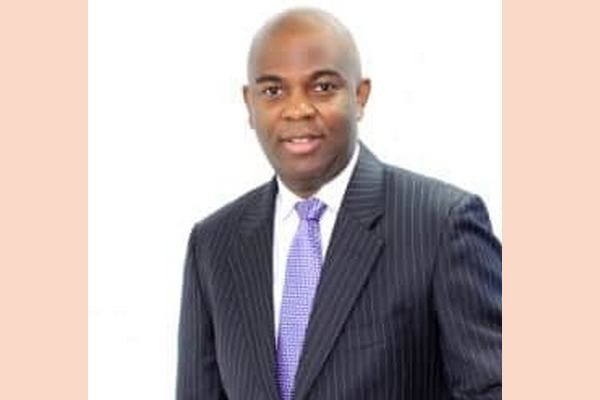 With 16 years in the financial investment technology sector, Fahad Al-Rasheed Al-Bader has been appointed Deputy CEO of leading regional investment company NBK Capital, as the company undergoes digital trasnsformation of its services. Al-Bader has held a number of senior positions in capital markets, corporate finance and asset management across MENA, including as ME Wealth Manager at Deutsche Bank, CEO of New Technoogies Corporation.

Serving as Senior Vice President of Network International since 2014, Ahmed Bin Tarraf has been appointed Regional President UAE of Network, a leading enabler fo digital commerce across the Middle East and Africa. Bin Tarraf will be responsible for all aspects of Network’s acquiring and issuing business in the UAE, and for developing and implementing a comprehensive strategy to drive business growth and increase digital payments adoption in the UAE.

Prior to Network, Bin Tarraf spent nearly two decades at banking giant Emirates NBD where he worked in senior positions across retail banking, branch operations, customer service, SME banking, sales and relationship management. Having already played “an instrumental role in helping Network deliver customised and relevant solutions, based on his in-depth understanding of the opportunities and challenges in digital payments adoption in the UAE”, Nandan Mer, Group CEO of Network believes Bin Tarraf “is the right person to strengthen Network’s offering to clients”.