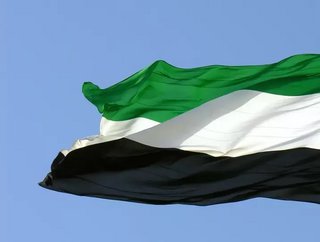 Part-time, shared roles, freelance, temporary work – this flexible working will all be allowed under new UAE law, in bid to attract and retain expat talent

The United Arab Emirates (UAE) has made significant changes to its labour law inclusive of the introduction of flexible working practices, in a bid to retain expat talent.

The first substantial update of UAE labour laws since 1980 include the introduction of part-time working, new leaves and the safeguarding of employee rights – marking a major milestone for the country that will be especially welcoming to private sector enterprises operating there.

The new laws, which were issued by President Sheikh Khalifa, and are expected to take effect from February 2, 2022, will help businesses in the Emirates, including in Dubai and Abu Dhabi, not only attract and retain world-class talent but also have a larger pool of talent to choose from.

This is especially crucial right now, as not only has there been an exodus of expats from the UAE since the onset of the pandemic (up to 30,000 Brits alone left in 2020), but like many other parts of the world right now, the country faces a shortage of highly skilled workers.

And with expats making up 89% of the population, attraction and retention is crucial to keeping the country’s businesses and economy going.

According to Korn Ferry, if left unchecked, by 2030 that talent shortage could result in the Emirates missing out on more than US$15bn.

The UAE government is hoping that the new employment law changes, along with other recent legal amendments, will pull in more skilled talent. Recent adaptations include the relaxing of residency rules in May 2021 and changes to the UAE Commercial Companies Law in June 2021, allowing foreign businesses 100% ownership. Previously, law required Emirati ownership of 51%.

According to Mohammad Tbaishat, corporate law expert at multinational law firm Pinsent Masons, this “represents a significant opportunity to many foreign investors and companies looking at expanding their business to the UAE”.

Introduction of flexible work patterns for the first time

Similarly, the new employment law changes provide businesses in the region, as well as employees, with more attractive conditions and increased opportunities.

This is especially true of the new law’s provision for part-time, temporary and flexible working arrangements, with businesses now allowed to introduce new working models, including freelancing, shared roles and self-employment.

Employees can benefit from a condensed working week, for example, and choose to finish their 40 hours in three days instead of in one week; or participate in a job-share arrangement where pay is split between two people.

Not only does this give employees more flexibility in the way they wish to work, allowing them to work on a project, hourly, or for different employers, for example; but it benefits businesses as they can harness different talents and competencies and have a larger talent pool to pick from.

Such significant changes were made in response to the rapidly changing workplace amid technological advancements and the outbreak of the pandemic, Dr Abdulrahman Al Awar, Minister of Human Resources and Emiratisation, said in a statement.

And such changes would create a flexible and competitive work environment that’s both more attractive to expat workers and privately-owned businesses, ultimately helping businesses attract and retain talent.

"We aim to create an environment that attracts talents and competencies from all over the world and enhance the future skills of workers, at the same time providing a stimulating and attractive working environment for employers," said Al Awar.

Further changes to labour law include extension of leave

Among other adaptations to the employment law announced by the Ministry of Human Resources and Emiratisation were extensions of leave and empowerment against harassment. Here’s an outline below: