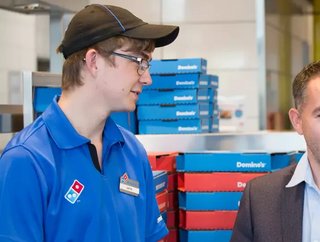 Brexit, furlough, unlocking and uncertainty all contribute to staff shortages across the UK hospitality industry as it struggles to open up post lockdown

The UK’s hospitality industry is struggling to fill vacant job positions as it faces a perfect storm caused by the COVID-19 pandemic, Brexit, uncertainty over future lockdowns and a reopening of other sectors of the economy.

Pizza giant Domino's is trying to recruit 5,000 delivery drivers and chefs for its 1,100 UK stores to meet increased demand, yet many of the temporary staff who joined the firm during lockdown are now returning to their previous roles as those sectors have opened up once more.

Other sectors of hospitality such as pubs and restaurants also lost tens of thousands of workers who have since taken up in-demand roles such as delivery drivers and are not returning to hospitality due to future uncertainties, including the prospect of a third lockdown.

Last week, industry body UK Hospitality said there was a shortfall of around 188,000 workers as venues struggle to find staff.

The problem has been exacerbated by Brexit, with many EU workers returning to their home countries or moving elsewhere in the EU, and by the pandemic, with many expatriate workers heading home to be with family and now unable or unwilling to return.

he survey by UK Hospitality also said that one fifth of those foreign workers said they could not afford to return due to the UK’s quarantine restrictions which means they many have to stay in an approved hotel for up to 10 days at their own cost.

“The Government must restore confidence in the hospitality sector so that it is again seen as a stable employer and provider of fulfilling careers,” said Kate Nicholls, CEO of UK Hospitality.

“To facilitate this, it must stick to the re-opening roadmap, lifting all restrictions from 21 June. This will restore consumer confidence and give a strong signal to workers that hospitality will bounce back strongly. Beyond this, the single biggest act of support that Government could give would be to encourage more UK-based workers to join the hospitality sector.

“It is also time for the Government to review its list of shortage occupations and consider the introduction of an Australian-style visa scheme to enable the workers we need, who don’t meet the point-based system, to come and work here.”