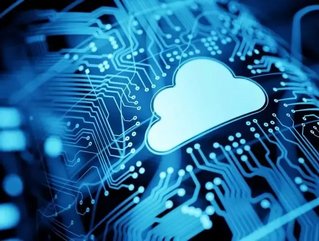 In the past year, there were a number of enterprises asking the question --- do I move to the cloud? In 2019 this question however, has been turned around and CIO’s are now asking when, where to and how.

Several forces are driving this: legacy systems reaching end-of-life, the announcements of new local data centres, growing confidence over the strength of Cloud security, cost efficiencies, increased yet cheaper bandwidth; and a greater realisation that the Cloud can unleash unprecedented rates of innovation.

Despite a delay in the opening of Azure Data Centre’s in Cape Town and Johannesburg, there is an exciting buzz  amongst  cloud evangelists and adopters, as AWS announced  the opening of their DCs in Johannesburg and Cape Town, while Huawei announced the launch of their of new data centres in Johannesburg and Cape Town. Many companies are actually using the Cloud without adopting formal cloud strategies. End-user services like Office 365, and corporate software like Salesforce, have acted as a lead-in for advanced migration of back-end enterprise systems. The adoption of agile methodologies has also led to the uptake of the DevOps capabilities with the likes of AWS and Google.

However, despite all the positive momentum,  only a few large organisations (particularly major enterprises in key verticals like financial services) have shifted their mission-critical transactional services to off-premise Cloud platforms and, have only deployed non-core systems to the cloud. However, I believe that it’s purely a matter of time before even transactional operations are moved to the cloud – as they realise that Cloud platforms offer better resilience and security, versus traditional on-premises infrastructure.

The biggest barrier to ubiquitous Cloud adoption is the perception that "moving to the Cloud incurs massive complexity and risk of downtime."

Security up to this point has also been a big show stopper- but as the cloud has matured, companies have begun to realise that, the security in the cloud is at least on par and better than their own

With the evolution of cloud market, a myriad of new concepts have entered the fray: infrastructure-as-a-service, platforms-as-a-service, applications-as-a-service and now, even data-as-a-service. It can be hard to ‘keep up’ and understand all of these terms.

As the technologists run wild with ambitious new Cloud-powered solutions, the financial teams grapple to get their heads around some very complex costing models.

In some organisations, another barrier to widespread Cloud adoption is a straight-up lack of imagination.

Many firms are seeing the Cloud as merely another delivery mechanism for enterprise software whereas, in reality, it unlocks opportunities for a new generation of advanced technologies that were never possible in an on-premise layout. As our imaginations and ambitions develop, and we see the potential for truly transformative technology services, so will the adoption of true Cloud applications rise.

The introduction of new local data centres is a very positive milestone on SA Inc’s Cloud journey. But don’t expect to see vast numbers of different Cloud providers opening up a presence. International markets have shown that the data centre business certainly operates on the principles of economies of scale. In the US, there were up to 18 tier one players at one point, and this has now been consolidated down to just 6. IDC predicts that within 5 years, 80% of the cloud workload will run on the Big 5 ---- AWS, AliBaba, IBM, Azure and Oracle.

Those major providers with the capability to invest, will scale out their operations, leaving room only for niche data centre providers – such as Unix platforms for those companies that are still heavily reliant on Unix-based operating systems.

When it comes to local data centres, today’s biggest challenge is the dearth of local skills in key Cloud disciplines – the likes of Cloud security architects, Cloud network architects, and other certified Cloud-based skills in areas like virtual machines, backup and recovery.

Our Cloud journey could be held back by a lack of quality and experience in being able to run applications in a distributed Cloud environment.

In those organisations that have remained reticent to adopt the Cloud, CIOs today must develop a compelling Cloud strategy while keeping several perspectives in mind.

They need to understand the potential of new technology, while also being clear on the needs of the business and considering the financial aspects of a Cloud strategy. At the same time, they must also attract the right talent into the team, and effectively orchestrate external service providers, to then execute on the Cloud strategy.

Wipro has successfully assisted multiple mega-international companies to develop and successfully deploy a ‘ business-first and cloud-first’ strategy. . With our Big Cloud alliances (Cloud Service Providers), we have developed frameworks and automated toolsets to assist in the cloud journey,  ensuring the balance between risk and agility.

With the adoption of a Hybrid Strategy, large enterprises have moved from full-fledged, insourced organisations to a model where a mix of on-prem, private and public cloud are used successfully. With a decisive strategy for how Cloud technologies can evolve business models and product/service development, it is believed that CIOs will gain the buy-in from their  peers in the C-Suite and secure investments needed to embrace the likes of artificial intelligence, the internet-of-things, and other game-changing Cloud services.