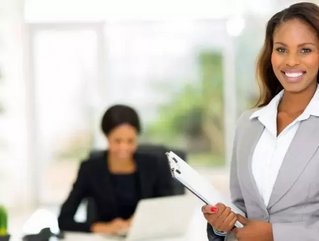 Follow @AfricaBizReview on Twitter.
It is often stated that women make up the ‘other 50 percent’ of the world's population and, funnily enough, a recent IMF report concluded that, in fact, women make up almost exactly half of Africa’s self-employed workforce. Recent years have also seen the emergence of the continent’s first female billionaire – Isabel Dos Santos, who also happens to be one of the youngest on the Forbes list.

This figure represents the percentage of working-age women that are directly employed in the labour force. Africa has one of the highest in the world at just over 63 percent. Whilst there are countless factors that could possibly account for this trend, the take home point is much more straightforward: the women of the continent are no strangers to hard work; they have the potential to grow African economies just as well as their male counterparts.

It must be admitted that female enrolment in African secondary school still lags behind men, however the gap is closing at an ever increasing rate. Since 1970, the rate of enrolment has increased from 65 percent to 80 percent in 2010. Although there are notable stories of entrepreneurs who have made it to the top without being educated, this is still the exception and not the rule, which makes it increasingly crucial that all African women receive an equal education to men. Obviously, an educated female worker will have a wider base of skills to build a successful career and compete at the global stage than someone who has not gone to school.

MORE FROM ABR ON WOMEN IN BUSINESS:
Special Feature: Women in Lenovo Programme Injects a Different Dynamic into Business
Four Secrets of women at the top
Four qualities women leaders possess and why South Africa needs them

Africa and the rest of the world share the problem of underrepresenting women in political institutions. The number of female ministers standing in African parliaments has increased however, from 10 percent in 1990 to 20 percent in 2012. Whilst this is good progress, it is still not nearly as high as Ghana, which leads the way with 57 percent of its parliament made up by women.

Africa cannot do without them!

The International Labor organisation (ILO) has stated on many occasions that greater inclusion of women into the workforce has the potential to significantly reduce poverty. Furthermore, recent studies have highlighted that the exclusion of women from the workforce could potentially spell a loss of GDP by up to 30 percent. The continent simply cannot afford to let half of its talent go to waste!