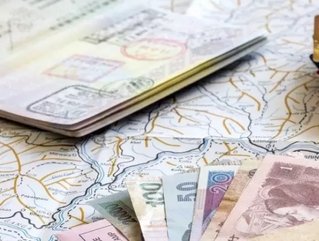 With seven out of ten of the world’s fastest growing economies it is little wonder that increasing numbers of professionals are choosing Africa as their preferred location of work; a survey by the expat networking website InterNations gives further telling details as to why this is happening.

For its annual Expat Insider survey, InterNations interviewed roughly 14,000 expatriates from 165 nationalities and 169 countries of residence, exploring topics such as quality of life, ease of settling in, family life, personal finance and cost of living.

InterNations Nigerian Ambassador Hashim Zein said: “Africa poses very interesting opportunities for expats; there is a dearth of specialised experience due to previous brain drains and the relatively rapid development in the continent.”

RELATED:
The Top African Employers of 2015
Studying an MBA in Cairo

Whilst money isn’t everything, it is clear that this must be a deciding factor for professionals looking to move their careers into Africa, since its largest economies contain the highest percentage of expats worldwide that take home salaries of more than $250,000.

Understandably, the top reason for emigrating is finding a new job: in Nigeria, 26 percent of expats said that finding a job there on their own was their primary reason for relocating and 25 percent in Kenya. These proportions are well in excess of the global average of 16 percent.

63 percent of expats moved to Nigeria for career related reasons and 58 percent to Kenya, chiefly being sent by an employer, which is far ahead of the 36 percent global average.

With 12 percent, Nigeria has the highest percentage of expatriate households that fall within the highest income group with more than $250,000 annually. The second African country that finds itself among the top ten in the high income category is Egypt at five percent. The global share of expatriates making that much money abroad is three percent only.

Nigeria is second in the world for overall satisfaction with the personal financial situation, with 78 percent of expats responding positively; 91 percent of those surveyed consider their income at the very least sufficient for daily life.

Africa presents professionals with many fantastic opportunities but these do not come without risks; some countries are still plagued by political unrest and violence which means that a foreign company will either have scaled back operations, or remove its presence altogether.

Coupled with increased earning power and the opportunity to experience a variety of new, exciting cultures, the prospect of working in Africa is becoming increasingly practical, not to mention financially rewarding.

Check out the latest issue of African Business Review.