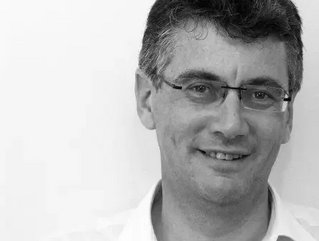 When it comes to mobile money, much has been written about how Africa is leading the way. Here at African Business Review, we like to speak to the people in the know – and having been instrumental in the development of Africa’s first mobile money transfer service M-PESA, Paul Makin is one of those.

“Back in 2004, I was asked by Nick Hughes of Vodafone to help him to explore the potential for using mobile phones in the financial sector in East Africa,” Paul says.

“I’d been developing the idea of a non-bank payments scheme for some time, and I took the opportunity to develop it further to use the mobile phone as the principal means of transaction, and to minimise service costs and maximise the service security by utilising the unique capabilities of the mobile phone. It is this concept that underpins M-PESA.

“I was involved with M-PESA until 2008, developing ideas such as the management of M-PESA agents through hierarchical financial relationships, and ensuring the service remained secure.

We asked Paul his thoughts on why Africa has experienced the mobile money boom.

Why is it that mobile money is so much bigger in Africa than other continents such as Europe? Why was this trend not present in these economies when mobile internet coverage was also poor years ago?

Until very recently, there was no perceived need for mobile money in Europe.  With a banking infrastructure that is considerably more advanced than most in Africa – though with many shortcomings – what Europe had was ‘good enough’, and the shortcomings weren’t sufficiently a problem to motivate people to consider alternatives.

This is now changing, and a plethora of recent developments backs up this view. People in Europe have become very mobile-focused, and expect their mobile phones to do everything. The last step is to integrate their money into their handset. Since this is, unlike in Africa, an entirely optional step for most people, it is one that takes considerable confidence. We still see people worrying about the security of their mobile phone, particularly if their money is on it, but this is gradually fading.

Provided a few simple steps are taken, the great majority of smartphones are rather more secure than the PCs people use for transactions every day.

Of course, in an environment such as Africa where conventional banking services have not been available to the majority of people, mobile money is not just an optional extra. Instead, it brings financial services to most people for the first time.  From the perspective of most Kenyans, M-PESA is the bank for ordinary people – of course, it is not strictly a banking service, though it certainly has the potential to become one.

Where do you see the trend being in five years’ time?

The trend in Africa towards the mobile phone will only strengthen, with cheap, low-end smartphones becoming commonplace.

Mobile money will be the dominant financial service for most people. Most successful schemes will continue to be operated by mobile operators, with a greater or lesser involvement of banks; the considerably greater agility of mobile operators, combined with their reach to ordinary people, will continue to leave them in the driving seat, whilst banks will provide the necessary financial integrity.

M-PESA will continue to stand out as one of the few schemes with very little involvement from the banking sector. Again, its position has been achieved as a consequence of mobile operator agility, and the banking credentials of the M-PESA team will ensure that its integrity will match that of any bank-led scheme. Nonetheless, M-PESA – and all of the other mobile money schemes – will have completed, or be well on the way to, proper integration with the conventional banking sector.

There is currently a misapprehension, principally in the banking sector, that mobile money is somehow inherently different to bank accounts; beyond regulatory status (which will have been sorted out within this five year timeframe), this belief exists only in the minds of bankers and regulators. Ordinary people see little difference, and even this will vanish as the capabilities of the mobile money services develop.

What do you think is the next step for the African mobile market?

How can the deployment of mobile money technologies help the continent to grow economically?

I am not one of those who believe that the advent of mobile money schemes is the panacea for economic development in Africa. However, it’s true that it has historically been difficult to conduct financial transactions – not the big, high value ones, such as transfers between corporations, for which the conventional banking sector has been shaped, but the smaller transactions; companies paying their staff, shop owners buying stock, builders buying supplies, even people buying goods in shops. For all of these, the lack of a proper payments infrastructure, and the extreme reliance on cash, has for a long time acted as a brake on economic development.

Of course, there are many other barriers to economic development in Africa, but at least the advent of mobile money means that this particular brake has now been taken off.