Are entrepreneurs playing their part in South Africa’s development? 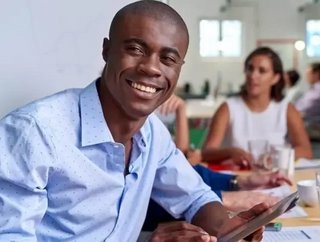 Economists rarely agree on a single opinion, but when it comes to entrepreneurs and small and SMEs in the economic development of a country, the consensus surround their ability to make a positive contribution is strong.

David Morobe, regional general manager of Business Partners Limited uses the terms “entrepreneur” and “SME” interchangeably, and said that although entrepreneurial individuals can be found in large corporations and in government, it is in SMEs that they are able to devout their resources to innovative thinking.

“The belief in their economic potency has spread so widely that often SMEs are seen as a ‘cure’ for the problems of unemployment. But this oversimplification is likely to stem from the fact that people don’t generally understand why or how entrepreneurs contribute to economic development,” said Morobe.

“These figures show that support for SMEs is one of the surest ways in which the main target of the government’s National Development Plan (NDP) – increased equality through inclusive economic growth – can be met by 2030.”

Morobe shared four ways in which entrepreneurs and SMEs contribute to the NDP goals. Firstly, they create new businesses. As South Africa moves toward a green economy, for example, it is usually the large investments such as the opening of a big solar panel plant that will make the headlines. But the real driving force that spreads the solar panels throughout the country are the thousands of SMEs that sell them to households and businesses, often in rural and under-serviced areas of the country, which in turn stimulates other businesses.

Morobe points to the tourism industry, one of the priority industries identified by government, as another example of how SMEs drive economic development through business creation. “Many small towns in South Africa, where large hotel groups won’t invest, have instead been turned into tourist meccas by pioneering small bed-and-breakfast businesses, small tour operators and events companies. The cascading effect is well documented as the tourists whom they attract spend money on local crafts, food and services.”

Secondly, SMEs fill the gaps. “Every dollar that an SME entices from a tourist’s pocket, every solar panel that is sold, every transaction created by SMEs all add to South Africa’s GDP. The taxes generated by new SMEs also means more resources flow into government’s redistributive and development projects, such as education.”

Thirdly, said Morobe, through pioneering new and better ways of doing things, entrepreneurs influence social change in their communities. “The radical effect that start-ups, such as Google and Uber, have had on the world are well known. Locally, innovations driven by SMEs may be on a smaller scale, but they have a similar effect on the lives of South Africans.”

SMEs also inspire entrepreneurial culture development. “Through their example, SMEs show communities that it is possible to self-start, to solve problems, to create wealth through service, and to impart knowledge to the workers they train. Incrementally, they are moving South African communities away from the idea of dependency on handouts and dead-end jobs, to one in which self-employment is a real and even the preferred alternative,” said Morobe.