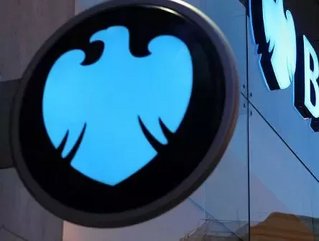 Barclays will create Africa’s largest retail bank in terms of branch networks and customers in a tie-up deal.

The Absa banking group, of which Barclays plc. own a 55.5 percent controlling stake, has been given regulatory approval to acquire the British bank’s African business, consolidating the assets and rebranding the business as Barclays Africa.

The R18.3 billion merger deal will see Barclays plc., headquartered in London, increase its stake in Absa to 62.3 percent.

Barclays Africa, which will carry the new name from August 2, will now serve 14.4 million customers across more than 1,300 branches and 10,000 ATM machines in 10 countries, edging out rivals United Bank of Africa, Nedbank, Standard Chartered, Standard Bank, FirstRand and Ecobank.

Barclays has made no secret of its desire to dominate in the continent. Antony Jenkins, Barclays Chief Executive, said: “Bringing together Barclays Africa with Absa is an important step in furthering our ‘One Bank in Africa’ strategy and the goal to become the ‘go-to’ bank across the continent.

“This transaction will give us a platform from which we can further grow our Africa business to the benefit of customers, colleagues, shareholders and the communities in which we operate.”

The rebranding will take place in Botswana, Ghana, Kenya, Mauritius, Seychelles, Tanzania, Uganda and Zambia but the Absa brand will remain in South Africa.

Due to political and economic instability, Egypt and Zimbabwe are not included in the transaction.

Maria Ramos, Chief Executive of Absa Group and Barclays Africa, said: “Ideally we would have liked to run as one portfolio.”

She added: “This is a compelling and unique opportunity for us to further our ‘One Bank in Africa’ ambitions by combining with a leading Sub-Saharan African banking franchise. We are tremendously excited by the opportunities for growth across the continent and the geographically diversified earnings potential that a combined business would deliver.”

Absa was formed in 1991 and Barclays acquired a controlling stake in May 2005, which was the first major acquisition by an offshore investor of one of the big four African banks.