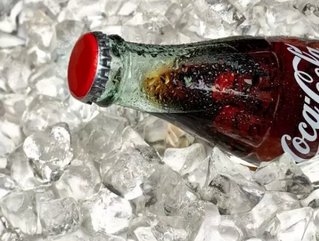 Despite the economic and political troubles in the Middle East and North African (MENA) Region, its beverage market has continued to grow beyond expectations. According to Gulf Business, a MENA regional business news site, Aujan Coca-Cola Beverages Company (ACCBC), has announced that as part of its expansion into the region it will invest about $500 million over the next three years.

“Major investments in capacity, geographical coverage, and brand development will allow us to capitalise on the growth potential for the beverage industry in the MENA region,” said Nicolaas Nusmeier, CEO, ACCBC. Established in December of 2011, ACCBC, is a $1 billion joint-venture company between Coca-Cola Company and Saudi Arabian-based Aujan Industries. As part of the agreement, ACCBC will handle the manufacturing and distribution of brands such as Rani and Barbican. The Aujan Vimto brand, which wasn’t part of the agreement, is also been distributed by ACCBC.

The bottling company also plans to invest in a factory in Egypt. This factory is expected to help supply the company’s brands to the Egyptian market and across other African markets.

Due to the fast growing population within the region, Food and Beverage (F&B) retailers have been thriving. Many of which have expanded their regional manufacturing capacity. In December last year, one of the world’s largest food and beverage company, PepsiCo, unveiled a manufacturing facility that will create over 300 jobs in Dammam Saudi Arabia.

In addition to this, PepsiCo plans to invest $345 million in Egypt over the next three to five years in partnership with a Saudi Arabian dairy firm Almarai. According to The National, Abu Dhabi Media’s first English-language publication, an advisory service firm EY said that despite the fall in oil price and weaker growth forecast in the MENA region’s oil exporters, Mergers and Acquisitions (M&A) in the region will continue to grow at a healthy rate.

“The majority of Mena M&A transactions tend to occur in consumption-led sectors such as food and beverage, retail, health care and education, which have little correlation to economic activity and changes in oil price, so the positive trend is expected to continue,” said Phil Gandier, the Mena head of transaction advisory services at EY. He further stated that in line with last year’s trend, the MENA region deals this year will be led by outbound transactions from Arabian Gulf. This will mostly come from Qatar, UAE and Saudi Arabia.

Among the deals last year was the acquisition of Egypt’s sweet snack maker, Bisco Misr by Kellogg. In the UAE, Blackstone Group and Dubai-based Fajr Capital bought a stake in the schools operator Gems Group. “The growth of Mena M&A is expected to continue in 2015 at a normalised year on year growth rate of up to 10 percent,” said Phil Gandier, the Mena head of transaction advisory services at EY.