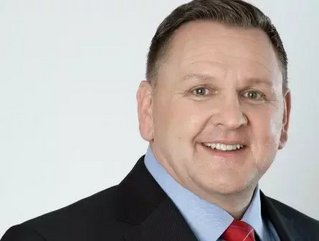 Having won multiple awards for its work in Africa in 2013, DHL Express has once again been recognised for various achievements in the region, highlighting its continued investment and commitment to developing and improving customer service and human talent across the continent.

Since January 2014 the logistics company has received eleven global awards, including Stevie and Jobberman.com awards, which recognize achievements in staff excellence, customer service, service delivery and HR management, to name a few.

According to Charles Brewer, Managing Director of DHL Express Sub-Saharan Africa, these awards highlight how the company is consistently able to unlock human capital potential, and marry these talents with innovative industry solutions which ultimately improve the level of customer service in Sub-Saharan Africa.

He said that these awards draw attention to the caliber of talent available on the continent, as well as the importance of continually developing employees’ talent and engagement levels.

He said: “If developed and managed correctly, these engagement levels can result in employees offering exceptional service to clients.

“According to a recently published survey conducted by Emergence Growth, employee engagement in Sub-Saharan Africa is higher than in all other global regions measured, and as many as 72 percent of employees in the region are considered “engaged”.

“According to the study, an engaged employee is considered one that is fully absorbed in their work, intellectually involved and thus motivated to do their best work for the company.

“We ensure that talent and employee development plays an integral role in our ongoing strategy, as valuable and engaged staff will ensure a successful and profitable business.”

Brewer said that these awards are testament to the company’s vision, passion and attitude. There is a healthy mix of recognition ranging from customer service to motivated employees – both of which form part of our four pillars, which are Motivated People, Great Service Quality, Loyal Customers and a Profitable Network.

“We truly value external recognition and believe that it affirms our position as the International Specialists in Africa.

“With our continued investment and expansion planned across Africa, we are confident that 2014 will be another great year for us - 36 years and counting in Africa and we’re showing no signs of slowing down,” concluded Brewer.