Emirates' Clark hits back at US subsidy claims 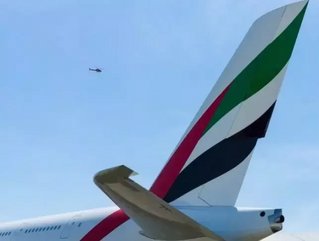 Tim Clark, President of Dubai-based airline Emirates has reacted to allegations that subsidies made by the three largest US carriers, Delta, American Airlines and United Airlines are distorting trade.

In a 55-page dossier presented to the American government, they have called for the renegotiation or suspension of Open Skies liberalisation deals with the United Arab Emirates and Qatar. These arrangements allow give airlines from both sides the right to fly pretty much wherever and whenever they want. However the American carriers are claiming that three Gulf carriers — Emirates and Etihad of the UAE and Qatar Airways – changed their strategy after the deals were negotiated, becoming global hubs rather than regular national carriers and threatening the rest of the industry,

Clark denied that Emirates, founded in 1985, had changed its spots and said its growth and strategy were discussed openly during the trade talks that led to the 1999 Open Skies deal. He said it was the United States that had pioneered such agreements and Emirates had invested heavily in aircraft, mainly from Boeing, as a result. “We have invested heavily in the US aerospace industry and a lot of what we have done with regard to market access has allowed us to go and place these orders, for which we have contracts in place,” Clark said.

Emirates has ordered a total of 289 Boeing wide-body jets, including 199 that have yet to be delivered. It is also the largest single customer of European aerospace giant Airbus. “Delta is maligning us, leading people down a path which is based on unsubstantiated false allegations and that is very serious. It could be commercially damaging to us and if it is we will consider … all our options,” Clark said.

He called for publication and a right of response to the 55-page report. He also rejected claims that Gulf carriers had been able to take market share from U.S. airlines, saying it was they that had missed the boat on globalisation. “Emirates does its own thing. It supplies a quality product which knocks spots off any American product,” Clark said. “Why should we match their prices when we don’t need to?”