The evolving fashion scene of Dubai 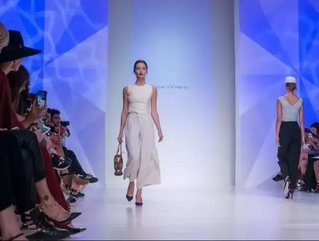 The Dubai fashion scene has evolved over the past decade and it’s only been very recently that brands from outside the region have been tapping into the market.

Brand executives and fashion insiders from Europe and the USA spent many of the early years misunderstanding consumers in the Arabian Gulf and underestimating the diversity of taste from around the wider MENA region. Louise Nichol, editor-in-chief of Harper’s Bazaar Arabia believes that some were “short sighted” when they entered, and that others have been “snobbish” in their approach since.

Now better armed with market intelligence, bigger players in the global fashion scene are making their move with names such as Karl Largerfeld and Vogue Italia’s Franca Sozzani showing support.

Sozzani’s initiative, the Vogue Fashion Dubai Experience, provided a key rallying point when it bowed three years ago. Since then, Dubai has become an important showcase for global product launches and marketing events like Chanel’s cruise show, Swarovski’s couture exhibition and Marc Jacobs’ international launch of his new scent, Decadence.

It’s shows and launches like this and support from these big names that give credibility to Dubai beyond its sheer purchasing power.

There’s still some work to do to take Dubai from being a big retail market to an important player in the fashion industry.

Dubai Fashion Week runs in London to showcase talent from the region to buyers, media and industry insiders. The 2016 show sold out and the organisers are already planning for the show in 2017, which is set to be even bigger.

In March 2016 Arab Fashion Week will run and is set to be as big as London, Paris, New York and Milan. It’s run by the Arab Fashion Council and represents the 22 Arabic countries that are members of the Arab League. While the fashion week will showcase work from designers from the region, it’s also open to international designers and will show just how important Dubai and the rest of the MENA region is to the fashion world.