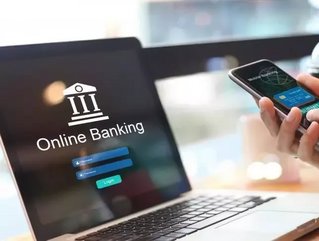 Mr. Bassim Haidar, founder & CEO, Channel VAS, explains how the fintech industry is bridging the gap for the unbanked and digitally excluded in Africa.

Africa’s limited infrastructure, vast isolated areas, overzealous protection of data and the slow-moving traditional banking sector are just some of the challenges that the continent faces when it comes to bringing financial services to those who need them. It is unacceptable that a large portion of the population remains unbanked, as financial inclusion is fundamental to reducing poverty and sparking economic growth.

According to the World Bank, 1.7 billion adults around the world are unbanked. While many see this as an insurmountable challenge, we at Channel VAS see an incredible opportunity. The same World Bank data reveals that two-thirds of the global unbanked own a mobile phone, which is the most promising path to bringing them financial services.

In a sense, Africa is a land of contradictions. In many countries, electricity is considered a “luxury good” while mobile phones are a commodity. Mobile, due to its wide acceptance in Africa, has steadily become a critical tool for financial inclusion, spurring local fintech business. Many Africans will bypass traditional banking altogether and join the formal economy through their mobile phone. In these emerging markets, fintech will work as a bridge between the unbanked and the financial inclusion they deserve.

Data science forms the foundation of every modern market innovation, and this is certainly true in the case of fintech. Big data has given providers unprecedented insight into the needs of their customers, powering innovation and better-suited offerings. In the financial sector, for instance, big data has revolutionized credit risk scoring and assessments, allowing fintech players to perform the sort of advanced analysis that was once the exclusive purview of big banks.

Similarly, advances in artificial intelligence and machine learning are allowing fintech companies to identify patterns in data and make more informed decisions. At Channel VAS, these technologies power our micro- and nano-finance solutions to bring affordable credit to the underbanked.

However, the most fundamental development in bringing banking to the many is the increasing prevalence of mobile devices. Internet adoption in emerging markets continues at a rapid pace, and according to GSMA, mobile internet connections outnumber fixed-line internet three to one. We need to continue to ensure that smartphones are accessible to all, and market pressures are not enough. We must break the vicious circle that keeps people financially excluded because they cannot afford a smartphone, while the reason that they cannot afford a smartphone is that they are financially excluded. Handset loan projects are a very promising option in this regard, bringing the countless benefits of an internet connection and access to fintech apps to people. Success in this area will inevitably contribute to reducing the number of unbanked as we can expect to see the rise of fintech services parallel the continued spread of mobile devices.

For evidence of the immense potential of fintech, you need only look to several mobile money services that have already launched in different countries. The next phase will involve expanding the range of financial services that are available to these people to include lending and utility payments as fintech companies become increasingly capable and well-established. Experts estimate that fintech will contribute to the ongoing success of Africa’s economies, reaching $150 billion by 2022.

However, to see this change, fintech companies will need cooperation and collaboration with national and international regulators, banks, and mobile network operators. Regulators in particular retain a decades-old mentality and unwillingness to change which creates friction with fast-moving fintechs. Traditional financial institutions guard customer data, unwilling to share it safely and responsibly. However, centralizing the data that is currently scattered among financial institutions, insurers, telephone companies, aggregators and payment services will be beneficial to everyone involved. It will allow consumers greater control over which entities can access their data.

A uniform policy framework is the fastest route to a bright future for the underbanked in Africa. Fintech has already been incredibly successful despite adversity, and we can unlock its true potential to transform people’s lives – bringing credit to small businesses and individuals across the continent and ensuring financial stability for millions – by removing the few barriers which remain.