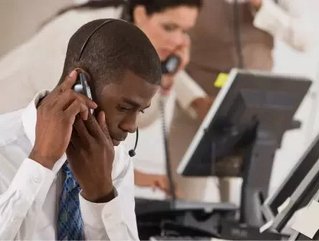 Each year the OECD produces a table of average working hours around the world. The table shows vast differences in the hours people work.

It also creates huge scope for envy: Mexicans and South Koreans with 2,250 and 2,090 hours a year respectively must envy full-time workers in the Netherlands and Germany doing an average 1,400 hours a year.[1]

No African country appears in the tables, but research from Regus points to a long-hours culture among senior business people in Africa.

Globally around half (48 percent) of respondents worked at least nine hours a day, but this figure was far higher in several African countries including Algeria (71 percent of respondents), Ivory Coast (63 percent), Kenya (66 percent), Morocco (65 percent) and Uganda (83 percent).

Wherever we live, we’re probably working longer hours than we used to. In Regus’ 2012 Work-Life Balance Index, 59 percent of workers globally said they spend more time at work than in 2010.

Africa’s senior business people are following the trend – in Algeria, Ghana, Kenya, Nigeria and other countries in the Maghreb and West Africa, more than six out of ten people worked longer hours than previously.

So, why the longer-than-ever working hours in Africa? Germany and the Netherlands are known as highly productive economies, so maybe Africa’s business leaders should take a leaf out of their management books.

One issue is the old mindset that you can’t leave before the boss. Only once he or she is through the door can everyone else exit the building.

Wish, then, that you worked for Facebook COO Sheryl Sandberg, previously of Google, who was the subject of gigabytes of media words in the US last year when she said she leaves work at 5.30pm, to spend time with her family. It certainly hasn’t done her career any harm.

Across the Atlantic, in Gabon, the government has also tried to promote family-friendly hours and greater productivity. In 2010, introduced a working day of 0730 to 1530, with 30 minutes for lunch, instead of the previous pattern of 0800 to 1800, with a three-hour lunch break.[2]

But much as I disagree with the culture of presenteeism, it’s important to take a nuanced look at the issue of working hours. It’s notable in the Regus Work-Life Balance Index 2012 that, though people say they’re working longer hours, they also enjoy their jobs more than in 2010. Globally, around 70 precent of people say this, with Ghana, Ivory Coast, Kenya and other Maghreb and West Africa all showing even higher percentages.

Not surprisingly, businesses and academics struggle to find a ‘right’ answer on hours worked, job satisfaction, and productivity.

In the early 1900s Ford’s business boomed when Henry Ford made workers’ shifts shorter and raised their pay; but Silicon Valley has a long hours culture (allegedly, staff at Apple in the early days wore T-shirts saying “working 90 hours a week and loving it”) and they’ve done pretty well too.[3] So who knows?

Flexibility is a game-changer

What we do know is that flexibility is important. A series of Regus global studies have shown that if you give office workers flexibility over when and where they work, they work more productively and feel more motivated.

Consider two different offices: in one, you have people who work ten hours a day with no freedom to choose their start and finish times, and also face a stressful 60-minute commute.

In the other, you have people who work ten hours a day, but at times that suit their family circumstances, and at a convenient location five minutes from home. Who’s going to feel better about their job? I don’t think you need a university professor to tell you!

Lead from the top

Managers in Africa need to reward by results, rather than hours worked, and incentivisation systems must adapt accordingly. Change needs to come from the top down, with managers acting as role models.

Two final points might persuade managers to do this. First, let’s all remind ourselves that just because someone’s at the desk in front of us, it doesn’t mean they’re actually doing anything useful. They could be social networking or just chatting until the boss leaves.

Secondly, in a Regus survey in 2012, 72 precent of companies globally reported that increased productivity is a direct result of flexible working practices. We need to think about the quality of people’s working hours, not just the quantity.