The future of telecommunications in Africa 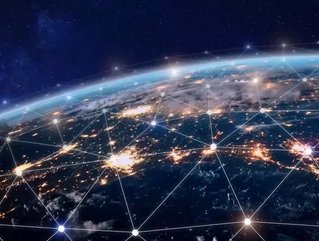 On the surface, telecommunication in Africa looks to be in dire straits. Most countries in Africa are plagued with a lack of legacy infrastructure, internet connectivity and poor latency. Continued economic growth and new business in this region is hampered by these obstacles.

Despite these big challenges, there are many opportunities that African nations can capitalise on.  Although still early in 2019, we can expect developing countries to grab the bull by the horns and take a more central role in the telecommunications industry this year, eventually growing into established digital hubs in their own right.

Two major things are happening in the African telecommunications world right now. Firstly, Africa is seeing a rapid rise in cloud computing, particularly in enterprises, which has the added effect of driving growth in consumer content. Another consequence of this is that investment into the cloud is certain to continue throughout 2019 and beyond.

Secondly, due to a notable growth in global submarine cable networks last year, there is an increased understanding of the potential for deploying new connectivity infrastructure. For example, our own South Atlantic Cable System (SACS) which connects Africa and the Americas with a direct, low-latency route, went into commercial operation at the end of last year. New networks such as SACS will give African ISPs and users a more direct, secure path to the Americas – without having to pass through Europe. In turn, this means that countries in the southern hemisphere can take control of the telecommunications agenda.

Direct communications between emerging economies, such as Africa and bigger players, such as the Americas, will have numerous benefits worldwide for internet service providers (ISP’s), Cloud Service Providers (CSP’s) and Over the Top Content Providers (OTT’s).

Furthermore, we can predict that this growth will continue throughout 2019 and beyond. Submarine cable companies are already primed to capitalise on this growth by investing into data centres, colocation provision and cloud services. Considering the importance of securing these services, cloud providers have been investing vertically in recent years. For example, Microsoft has invested into South America and South Africa and Amazon is planning to open additional data centres across South Africa. Big tech companies already believe the future is bright in Africa, and it is very likely that we will continue to see other companies jump onboard.

Last year, we saw many successful endeavours to modernise the global south – and judging by the level of commitment and innovation shown in 2018, we do not envision progress coming to a halt in 2019. Aside from the opening of the SACS, last November, Huawei started surveying work on the PEACE cable, a new subsea cable route that will link Pakistan and Kenya.

As more construction continues in the global south, it will attract both private and public sector investment. For developing countries, this is a fantastic opportunity, and many emerging nations are already pressing for increased participation in the market. The southern hemisphere is a region traditionally ‘forgotten about’ when it comes to advanced telecommunications infrastructure. However, perceptions are changing, and major economies are beginning to view this area as a logical investment with huge potential. In fact, many emerging nations are already looking to increase their participation in the market by collaborating with larger economies. For emerging nations such as African ones, submarine cables are the first step towards achieving digital independence and creating the level of efficiency needed to allow businesses and consumers to prosper.

They also go hand in hand with improvements to the terrestrial backbone in Africa. Liquid Telecom has, for instance, invested $400 million USD in Egypt to bolster network infrastructure and data centres. This investment will mean Liquid Telecom’s network will expand to almost 70,000km in length and will link more than 600 towns and cities in 13 countries across the continent, with the ultimate aim to strengthen intra-African trade and investment.

There is a real and tangible opportunity for Africa to become a digital powerhouse through the increased investments in both the cloud and submarine cables. The bigger tech power players are beginning to view Africa as a viable and solid investment, which leads to a real opportunity for the continent to take the lead, shape their own modernisation and become a telecommunications leader, not just in the southern hemisphere, but in the world.