The green shoots of Africa&#039;s start-ups 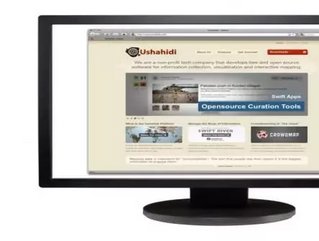 A report released in August last year appeared to debunk the myth that many of the jobs created by start-ups disappear within a few years thanks to the high failure rate of startups.

According to the Ewing Marion Kaufman Foundation, the employment created by start-ups had a lasting impact on the US economy.

The research found that the additional jobs created by the successful companies went a long way to balancing out any jobs lost – when the foundation tracked groups of startups, it discovered that after five years employment levels were 80 percent of what they were at the beginning, thus creating an extended impact on the US economy.

Without wanting to simplistically parachute these findings onto the African continent, in which start-ups operate in various differing environments, it stands to reason that start-ups are key to creating wealth, employment and general upliftment.

Its ultimate objective is to transform the African economy from one based on mineral and other primary resources to a knowledge economy. With this in mind, we take a quick snapshot of some of the current developments and the business leaders involved.

1. Ushahidi
Kenya’s Ushahidi (Swahili for ‘testimony’) is driving a quiet storm around the world. Founded in 2008 to track postelection violence, the platform has been used as far afield as Haiti, the US, and Pakistan to consolidate fragmented information collected at grassroots level to create a big picture. The service uses technology such as text messaging to gather data from eyewitnesses creating a powerful citizen journalism vehicle.

Ushahidi’s co-founders are Erik Hersman, international technology influencer, blogger and speaker; Ory Okolloh, who has recently been appointed Google’s policy manager for Africa; David Kobia, and Juliana Rotich. Its development team is based in Kenya, Ghana, South Africa, and Malawi.

The not-for-profit organisation recently launched Crowdmap, a hosted version of the Ushahidi platform that can be set up in minutes.
www.ushahidi.com

2. Geofeed.me
Geofeed.me founder Cameroonian Ebot Tabi took a look at location-based services such as Foursquare and Facebook Places and realised they simply did not meet the needs of an African audience - so he set out to fill the gap. Geofeed.me intends giving users reliable information about businesses and locations in Africa.

Users interact with Geofeed.me via their mobile phone or the website to share reviews and their locations as well as to read recommendations. On its site,  Geofeed.me learns about the user and personalises those recommendations so one user might see a good rating for a bar, another user a bad rating for the same bar, depending on the taste of that user.
www.geofeed.me

3. Zoopy
Despite being based in bandwidth-constrained South Africa, the Zoopy team has successfully run a video-sharing online and mobile social media platform since March 2007.

In late 2007, the company was chosen as Nokia’s regional imaging partner and in 2008, it received investment from Vodacom.

Founded by Jason Elk, the service allows members upload their videos, including high definition (HD), and connect with other users. It also offers Zoopy TV, which broadcasts semi-professional content sometimes produced in collaboration with partners.

4. Mocality
Nairobi, Kenya based Mocality has put tens of thousands of small and large businesses on the internet for the first time. The mobile and online business directory is based around the mobile phone rather than a computer recognising the primacy of the phone as an internet device in most of Africa. The service gives companies the ability to promote and advertise themselves to customers and is very often a company’s only online presence.

Headed by Stefan Magdalinski, formerly of European start-ups moo.com and theyworkforyou. com, there are plans afoot to expand the service to other cities and countries in Africa. Magdalinski says he aims for Naspers-backed Mocality to be the most successful business directory on the continent and make profits by helping hundreds of thousands of other businesses become successful.
www.mocality.co.ke

Conclusion
However, despite these examples being the tip of an iceberg with vibrant start-up communities carrying out clever innovations across the continent, the reality is that a country like South Africa still only ranks 35 out of 54 countries on the Global Entrepreneur Monitor report for 2009. And despite the international success of companies such as Yola, Mxit and Clickatell, clearly there is still work to be done.

Encouragingly however, major centres across the continent are vying for the title of Africa’s Silicon Valley, the bandwidth situation is improving slowly but surely, and mobile innovation continues to power ahead.