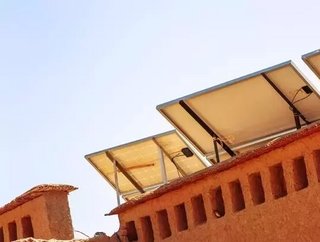 The African rooftop solar provider, Off Grid Electric, announced on 19 January its initiatives of expansion and funding.

The firm, along with UK-based EDF, are to expand their partnership in West Africa by offering off-grid solar solutions in Ghana.

Off Grid Electric has secured US$55mn in Series D funding, led by Helious Investment Partners and with support from GE Ventures, in order to make this happen.

The funding comes as the largest venture equity investment into Africa from the investment firm, which is acting on behalf of the funds it advises.

“2017 was a memorable year for Off Grid Electric. We achieved operating profitability in our largest market, launched a transformative new phase of product and technology development, and established clear market leadership in four African markets,” commented Xavier Helgesen, Co-Founder and CEO of Off Grid Electric.

“We are excited to work closely with Helios and GE Ventures to accelerate our next stage of growth,” added Bill Lenihan, President of Off Grid Electric.

“They join a roster of strategic and capital partners that is already the strongest in the industry, including Tesla, Total, EDF, DBL Partners, Zouk Capital, Vulcan Capital, and Omidyar Network.”

“Our strategy is to build market-leading platform businesses in core sectors of the continent’s larger economies,” he added.

We believe the innovative platform OGE is developing will play an important role in Africa’s electricity future, and have a positive impact on the lives of Africans.”

Sub-Saharan Africa houses more than 600mn people without electricity, with the grid source for many who do have it being unreliable.