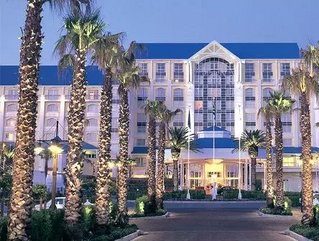 A number of top hotels are looking to expand into Africa where an increase in trade with other nations and an emergent middle class is fueling demand.

Hilton Worldwide, Marriot International and Starwood Hotels and Resorts Worldwide have all turned their attention to the continent, which is now seeing the highest level of hotel development in the world.

Growth in the European and US markets has slowed significantly and investors and operators in the sector are capitalising on a rise in travel and subsequent demand for accommodation among a middle class larger than the entire population of Russia.

American hotelier Marriott has plans to increase the number of hotel rooms it owns in Africa by 55 percent.

Starwood is finding the revenue available per room in Africa higher than any other world region.

Hilton appears to have the biggest plans for the continent with the highest number of rooms planned with more than 6,000 at 23 hotels.

Rudi Jagersbacher, Hilton’s Africa and the Middle East President, has hinted that Hilton plans to one day have a hotel in every major city in Africa.

Chinese business travellers make up a significant amount of the footfall as rising exports of oil and minerals from such countries as Nigeria and Angola increase international demand for lodging.

Tourists arriving in South Africa rose by 10 percent to a record 9.19 million in 2012, driven partly by this increase in visitors from Asia.

There has also been a rise in the number of leisure travellers from abroad to East and Southern Africa, boosting demand for hotel rooms.

Income from tourism in Rwanda, for example, could reach $440 million next year, from a projected $317 million this year.