Kenya Airways could merge with the Kenya Airports Authority 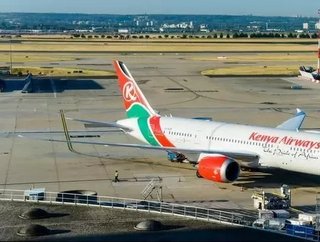 Kenya’s national carrier, Kenya Airways (KQ), may soon be merging with the Kenya Airports Authority (KAA) as part of a recovery plan for the struggling airline.

The strategy aims to deepen KQ’s recovery and reposition Nairobi as a transport hub for the region.

The plan is outlined in a policy paper, dubbed Project Simba, that received approval from the Cabinet on 29 May, reported by Business Daily.

The policy suggests that a public-private partnership (PPP) could be signed by September, allowing KQ to take over staff at the KAA to expand the range of services.

These services would include ground handling, maintenance, catering, warehousing and cargo.

KG aims to reposition itself inline with its main rivals, Ethiopia Airlines and Emirates Group, through government backing.

The strategy also aims to financially aid KQ, which has struggled despite the completion of a major financial reengineering drive that took place last year.

“Should matters remain in the current state, KQ, the biggest revenue driver for JKIA [Jomo Kenyatta International Airport], may collapse or significantly reduce operations within the next year and JKIA will downgrade and eventually be relegated to the status of a regional airport as no foreign carrier will develop JKIA for the benefit of Kenya,” stated KQ and the KAA in Project Simba.