Morocco: How Can We Promote True Entrepreneurship? 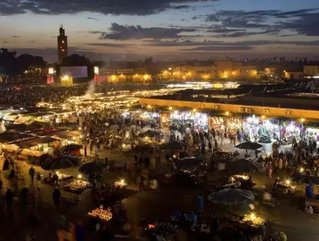 By Hamid Bouchikhi, Professor of Management and Entrepreneurship at ESSEC Business School

This week, Morocco will host the 2014 Global Entrepreneurship Summit. This major event not only deserves our attention, it also calls on us to thoughtfully examine the Moroccan entrepreneurial landscape and challenge local political, economic and civic leaders on this issue.

Recently conducted document research and interviews have confirmed the extreme rarity of growth entrepreneurship in Morocco, despite the noble endeavours of multiple public, private and associative actors.

This is not an insult to my home country when I say there seems to be many more promoters of entrepreneurship in Morocco than there are entrepreneurs. Indeed, I’m not alone in thinking that we spend more money on talking about entrepreneurship than we do actually on starting new businesses.

I want to draw attention to the microscopic seed capital investments in Morocco (two percent according to a study published in 2014 by AMIC) and the abandonment of seed funding by the Maroc Numeric Fund.

Although I’m not up to speed on all the details, it would appear that this investment vehicle, designed to spearhead innovative entrepreneurship in Morocco, has experienced a too low deal 'deal flow' and has encountered some difficulties in one of its early stage investments.

The very low level of growth entrepreneurship suggests two hypotheses. The first is pessimistic: Morocco does not have an independent entrepreneurial potential worthy of the name. The fact that most of the recent Moroccan "success stories”, excluding real estate, were the work of groups Benjelloun, Chaabi and SNI partially confirms this hypothesis.

If entrepreneurship in Morocco is only within reach for established players – the only actors capable of identifying real entrepreneurial opportunities, building teams and overcoming structural barriers – this should draw the attention of public policy-makers.

Indeed, instead of striving in vain to encourage young people to start their own businesses, it would be better to encourage, through conventional public policy measures, established local businesses, and not just foreign ones, to launch new ventures in more than just real estate.

In this way, the country would be more likely to see the birth of a new cohort of companies like Marjane, Assouak Assalam, Nareva, or Méditel INWI.

Indeed, if it’s only within the reach of established businesses and entrepreneurs to launch successful start-ups, public policy-makers need to assume responsibility for disadvantaged and unemployed youth, and help them create their own job, or even their own micro business.

In this regard, we need to stop calling it entrepreneurship and more accurately refer to it as a kind of necessary but not sufficient economic inclusion.

The second more optimistic assumption is that Morocco has an entrepreneurial potential, but this potential has not yet been activated. The number of times I’ve been impressed by the innovative ideas and concepts of young Moroccans has shown me evidence of this potential. Here, we can underscore the quality of the projects submitted by students from sixty universities and schools to the national competition organized by the Moroccan branch of the American NGO Enactus.

We should note also that the Moroccan team was runner-up at the 2014 Enactus World Final held in Beijing. Finally, we should also remember that a large number of young Moroccans are starting their businesses in Europe or North America while many Chinese and Indian entrepreneurs.

They don’t feel yet that Morocco has a favourable ecosystem. At a time when IT makes global economic models possible from any location with high speed internet access, it’s a shame that Moroccans don’t start local businesses with international reach.

It is unfortunate and symptomatic that Enigma, a promising new startup operating in the 'data mining' sector, and which raised US $4.5 million in 2014, is located in the United States. It is equally unfortunate that multinationals choose to create centers in Morocco because they find well-trained yet inexpensive engineers, while local entrepreneurs are not able to take advantage of this pool of human capital.

If Moroccan politicians believe in the local entrepreneurial potential, beyond the established companies, then they need to address the real structural obstacles that block their development.

For example, young businesses in need of cash can’t survive in an ecosystem where the non-respect of payment deadlines is commonplace.

A young entrepreneur recently told me that, while working on a third project for a client, the entrepreneur still hadn’t been paid for the first. However, he’s limited in how much pressure he can put on this client, if he doesn’t want to lose him entirely.

Slow purchasing decisions, lack of transparency, frequent order changes and last minute attempts to renegotiate prices create a difficult entrepreneurial environment. While established companies have the equity and access to credit to overcome these challenges, younger entrepreneurs don’t. It is not by chance, as I wrote above, that noteworthy startups of late have been launched by established firms.

I’m very encouraged by the fact that we’re finally starting to talk about project incubators and accelerators to support the growth of young, innovative companies in Morocco. The country desperately needs them.

When the necessary tools are implemented, they’ll only produce results if the administration, the economy and the Moroccan society realise a cultural revolution to embrace entrepreneurship. Talk is cheap and today we need action. The Cultural Revolution will be a reality when, for example, any client of a contractor should feel morally responsible for the financial health of the supplier.

I also welcome the development of social entrepreneurship in Morocco. In an environment where the state and the market don’t allow a portion of the population to meet basic needs such as food, health care, or education, it is important that national and international NGOs intervene to mitigate these gaps.

We shouldn’t lose sight of the fact that the need for social entrepreneurship is inversely proportionate to the prevalence and effectiveness of for-profit entrepreneurship. In an economy that produces profitable companies, jobs, tax revenue and wealth follow suit and allow the many to satisfy basic needs and access a minimum quality of life. Social entrepreneurship should mitigate distributive imperfections of capitalism, not replace it.

It is for this reason that Morocco needs to promote among its young talent, ambitious, for-profit entrepreneurship. Imagine what the country would be if a hundred entrepreneurs created companies, each earning one billion euros in turnover.

The volume of total activity generated by this cohort of entrepreneurs would be well above the current GDP. In a country of 33 million people, we should be able to find these one hundred entrepreneurs.

I hope that local political, economic and civic leaders will make this speculative scenario a mobilizing national goal.