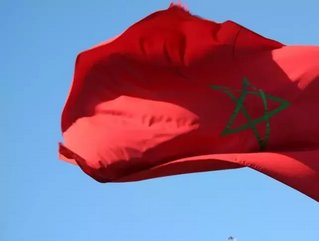 He said this in a panel discussion, which examined the security “Implication of the Ascension of Morocco to ECOWAS’’ at a high-level dialogue on opportunities and threats of the ascension in Abuja.

“Nigeria is the biggest military power in West Africa; it has the biggest economy in the region and the panel that discussed security discussed how Boko Haram affected Nigeria, Chad, Cameron and Niger.

“One of the issues that came up is to say that Islamic State in Iraq and Syria (ISIS) is gaining stronger ground in Morocco,’’ Abdu, who chaired the panel, said.

Abdu is not the only one to raise concerns about Morocco’s plans to join ECOWAS.

The Centre of Democracy Development (CDD) has urged Nigeria to rise up to the occasion and ensure that the application of Morocco to join the Economic Community of West African States, ECOWAS, is rejected.

“ECOWAS is for the states in the West African sub-region and in this regard, the revised treaty defined the region as the geographical zone known as West Africa as defined by a resolution of the then OAU [Organization of African Unity] Council of Ministers,” said the Director of CDD, Idayat Hassan.

“Morocco is not classified among the member states of the ECOWAS by the UN and the African Union.

“Morocco’s move to join the ECOWAS is a deliberate ploy to reduce the influence and strength of Nigeria.”

“Ascension of Morocco to ECOWAS might create tension between the country and Nigeria which may invariably affect effective operations of the regional blocs, particularly in facilitating the process of economic development and democratic deepening in West Africa.”

Ecowas has in principle approved Morocco's membership application but formal approval has yet to come.