The rise of Jannah Hotels 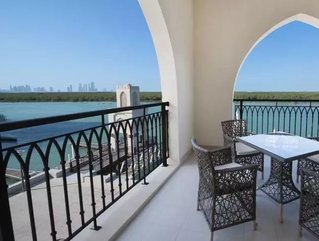 Since the first Jannah hotel opened in Abu Dhabi in 2013 the company has not only been on a strong growth footing but has also been looking at innovative ways to drive value for both customers and stakeholders. Alongside increasing the number and range of its hotels, it is pursuing a number of technological and business initiatives in order to grow its revenue base and broaden its market offering. Today the company manages assets of roughly 1.8 billion dirhams, but is seeking to increase this to as much as three billion in the next two years.

Having built their careers in the hospitality industry in various senior positions around the world, CEO Nehme Darwiche and a group of like-minded professionals established the first hotel in 2013. Having built a strong brand based on local values, the business managed to acquire a strategic backer who enabled it to leverage significant capital and construct another four hotels spread between Abu Dhabi and Dubai.

While both Abu Dhabi and Dubai are no strangers to luxury hotels, Jannah has worked hard to secure a number of industry firsts in order to make the experiences it offers travellers truly unique in an already unique part of the world.

Darwiche explained that the company’s dedication to its guests was the best example of this: “We introduced the first butler service in Abu Dhabi and we called it Karim which means generous in Arabic; we make sure that all of these butlers are highly trained. This is key to why we get so much return business.” Jannah’s Burj Al Sarab resort also made news for introducing the first hotel range of mini bar items set at ‘street prices’ in the UAE (and probably for much of the rest of the world!)

He also said that, having gone through the full cycle of constructing its first hotel, the company was in a strong position with both its go-to construction company and its consultants, not to mention comfortable delivering this in the UAE, whose government has been helpful in this regard.

Read the full interview with Nehme Darwiche in the latest issue of Business Review EME.