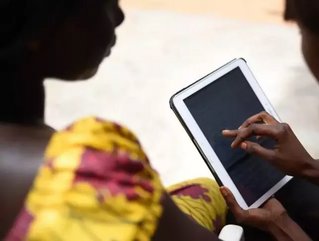 Microcred CEO Arnaud Ventura is a man on a mission.

He believes passionately that banking services should be available to anyone who wants them – and with banking penetration in Africa still sitting at less than 50%, according to figures from the African Development Bank, he is doing everything he can to increase that figure.

Financial inclusion is at the root of everything Microcred does and Ventura says the key to engaging customers in the African market is offering products and services that are simple and easy to understand and access.

Ventura is also shrewd enough, though, to see the business opportunity represented by the lack of banking penetration in the continent, and it has become even more exploitable now that more people have access to mobile phones and digital devices.

The entrepreneur has form for recognising opportunities too - he was one of the brains behind Club Internet, one of France’s oldest internet providers, which launched back in 1995.

“I was lucky enough in a way, to spend some time when I was quite young, 19 or 20, in the Silicon Valley, in Palo Alto, and I basically saw the start of the web,” says Ventura. “Some of my friends there were working on a browser that became Netscape.

“I came back to France saying ‘wow, the internet's going to be amazing, I want to be part of that’ and, so, we had the idea to start an internet provider in France. Which we did.

“We worked together with a large investor and we started Club Internet. Obviously, I became very excited about the huge opportunity of helping billions of people get onto the internet and, in fact, in the last 20 years, this is what has happened.

“Over the last 10 years, I've been just as excited at the huge opportunity of offering banking services to people. The major challenge in most of the countries where we operate is that the majority of the population doesn't have a bank account and is excluded from financial services.

“So, when I realised that there was this huge opportunity to offer 600mn or 700mn people in Africa those banking services, that made me as excited as I was 20 years ago when I saw the start of internet.”

In the decade between witnessing the birth of the web and starting up Microcred in 2005, Ventura worked in both Thailand and Argentina and he admits that his time in both countries made him care deeply about international development.

During his time in South America, the Frenchman helped to start PlaNet Finance, which very quickly became basically a consortium of organisations supporting the development of microfinance in emerging markets.

“In the first five years we opened probably around 25 offices in 25 countries,” says Ventura. “We were working mostly with international organisations such as the World Bank, IFC and European Commission trying to advise and to support the development of computer finance and microfinance.

“As I got more and more involved with microfinance, I could see that there was a real need to grow and develop professional organisations and companies that will address financial inclusion.

“So, in 2005, I raised about $10mn with couple of investors who decided to support me in setting up Microcred. Our idea was to create new banks focusing on micro and SME banking.  From very early on, it worked quite well.”

Some 70% of Microcred’s operations are centered in Africa, so what is it about operating in the African market that has worked so well for the company?

“Africa is a continent where most of the businesses are informal. For example, someone selling tomatoes in the market, where it’s not a formal company, it’s just an individual making a living out of a small activity. And that's most of Africa today. Informal, small businesses. This informality is slowly disappearing from Eastern Europe, Latin America and Asia, while it's still very present in Africa.

“Basically, from day one, our business has been to offer financial services to excluded people. If you take Madagascar, one of the first places we invested, when we created a bank there, only 5% of the population had access to a bank account. So, the first thing was to start serving the 95% of the population who didn’t!”

When the company was started, there were many doubts about whether a newly-launched enterprise could succeed in providing to micro and small entrepreneurs in the African market. But after about 18 months, Microcred’s first bank in Madagascar posted a profit, proving that the model could work.

The company has grown significantly in the decade since and now has 10 banks, most of which have been consistently profitable for the majority of that time, so Ventura’s attentions have now turned to the future.

“The most mature banks had been profitable for five or six years consistently,” he acknowledges. “So, we started thinking ‘what's next?’ and that's when we decided, thinking beyond micro and small entrepreneurs, that our agenda and goal was to now address financial inclusion more broadly.

“We want to help develop digital solutions in a much more aggressive way to start creating solutions for all of the customers which are not served in the markets where we are operating.”

And in doing that, particularly in Africa, there exists an opportunity - one which has only been accelerated by the development of technology and the prevalence of mobile penetration in the continent.

Africa is now the world’s fastest growing mobile market and figures from the GSMA trade organisation’s 2017 Mobile Economy Report state that by 2020, there are expected to be more than 500mn mobile subscribers across the continent. Ventura is pleased with this growth and is keen to see it continue.

“There are probably other financial players and factors,” he concedes. “But, clearly, in Africa there exists one of the largest untapped banking markets.

“That's why I'm so passionate and excited about this. There are hundreds of millions of clients in need of the service, but they cannot get it because there are not enough providers, not enough companies, or the product or solution they need is unavailable.

“I think the opportunity is there because of access to technology and mobiles. We are a bank ourselves so we don't need to work with other banks – rather we work with other players in the market that are helping to grow mobile penetration.

“We collaborate with mobile operators, companies who can provide technical expertise, and with payment providers. This allows us to play our role as a bank and enhance access to services.

“I guess the most important point to consider now is that, whilst in the past our strategy was to rely on and use our distribution network based on branch and bricks and mortar, increasingly we are looking at how to distribute our service digitally. That's where we collaborate with a number of other players in the digital space.”

With the constant advancements of technology, the parameters of how digital technology can disrupt the financial and banking sector are always changing, and as Africa is such a large and diverse continent, levels of disruption vary from region to region.

One of the latest innovations to hit the market is nano loans, and Microcred has already dispersed 60,000 of them in just six months. Ventura feels this shows concrete evidence that his excitement is justified.

“Microcred decided to move towards precisely this objective because we believe there is an opportunity in Africa today that there was not yesterday. We are trying to become the disruptor, rather than being disrupted, and in most of the markets we should be able to do that.

“We want to play the role of the disruptor to accelerate financial inclusion.”