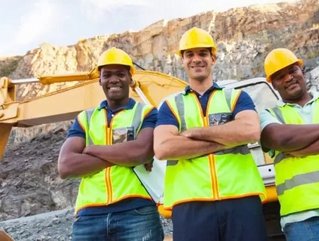 South African-focused bullion producer, Sibanye Gold has begun talks with unions and other stakeholders about job cuts at its Cooke 4 mine.

Sibanye said in a statement that it had entered "into section 189 consultations on the future of the Cooke 4 mine", a reference to a legal requirement that companies must talk with organised labour and other affected parties in advance about possible layoffs.

Reuters reported on Thursday that Sibanye planned to cut up to 2,500 workers at Cooke 4, an operation near Johannesburg which the company recently acquired.

Sibanye gave no indication in its statement of how many jobs might be on the line but said it needed to find "sustainable solutions to ensure delivery of the required productivity and profitability levels at the Cooke 4 mine".

Job cuts are a thorny issue in South Africa where labour relations in the mining shafts are raw, the unemployment rate is around 25 percent and income disparities rooted in the apartheid era remain glaring.

Sibanye is a spin off from Gold Fields, which last year folded most of its labour-intensive South African operations into the separate company so it could focus on mechanised mining at a global level.