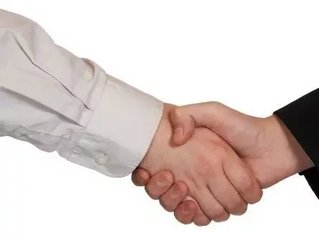 Singapore is poised to strengthen its ties with Africa, as a new agreement paves the way for executives and companies to gain deeper insights and exposure to the continent.

The arrangement will also advance thought leadership and inter-disciplinary research benefiting the economies of both territories.

The Singapore Business Federation (SBF) and Nanyang Technological University (NTU) announced today a new partnership to establish the NTU-SBF Centre for African Studies. The Centre is the first of its kind in South-East Asia.

To be hosted at NTU’s Nanyang Business School, the NTU-SBF Centre for African Studies will provide in-depth insights on the African markets through research, workshops and programmes.

It aims to build knowledge on business, politics and social economics to strengthen the capabilities of policy makers and businesses for their engagement with Africa.

In the longer-term, the Centre will also foster closer relations and understanding between Africa and South-East Asia.

The signing was witnessed by Lee Yi Shyan, Senior Minister of State for Trade and Industry and National Development, Tony Chew, Chairman, SBF, and Professor Gillian Yeo, Associate Dean of NBS, and some 270 government officials and oil and gas players from Africa and Asia.

NBS Dean Professor Ravi Kumar said: “Africa is the world’s last major frontier for business. The continent stands at the cusp of joining the rest of the world in reaping the fruits of economic and social development, with rapidly growing markets that offer tremendous opportunities to businesses.

“Singapore companies are awakening to the immense growth potential of Africa. The NTU-SBF Centre for African Studies will be vital to helping them know the lay of this rich and fertile land, by providing actionable, timely and comprehensive insights, and nurturing leaders with first-hand exposure to the continent.”

The Centre will be launched by June next year.

Africa is the fastest growing region outside Asia today, with an average of five percent GDP growth per annum in the past decade.

About one-third of its 54 nations have seen yearly gains in GDP of more than six percent. The continent is fast becoming an attractive FDI destination, with investments inflows to sub-Saharan Africa rising from US$29.5 billion in 2010 to US$36.9 billion in 2011.